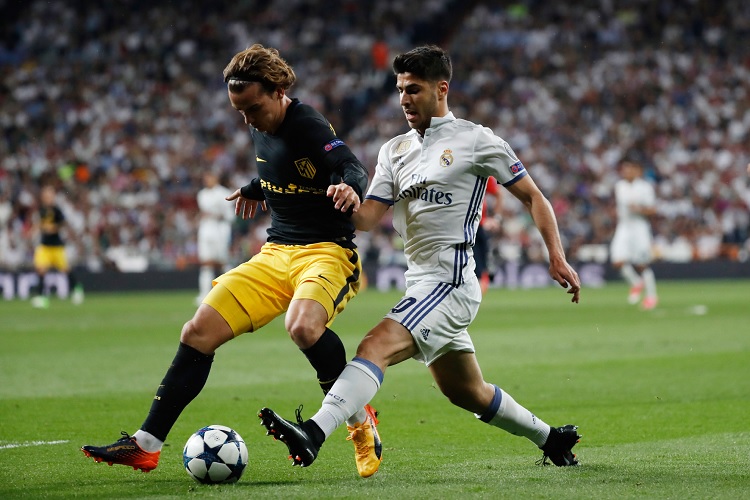 According to a recent report coming from Italian outlet La Gazzetta dello Sport (via Marca in Spain), Juventus are working hard on identifying suitable targets for the coming transfer windows. Apparently, Benfica left-back Alejandro Grimaldo and Chelsea winger Christian Pulisic are among the players considered, but the potential signings they’re giving the most thought are Antoine Griezmann and Marco Asensio.

Asensio is set to run out of contract at Real Madrid the end of the season, and while reports elsewhere suggest he’s being head-hunted by top Premier League clubs, Marca claim the 26-year-old winger would actually prefer to stay at the Santiago Bernabeu and is working hard to ‘earn’ a new contract.

Frankly, that’s a bit hard to believe, given that the emergence of Vinicius Junior and Rodrygo Goes as top talents has left Asensio on the fringes of the team under Carlo Ancelotti. It’s far more likely that the club would like him to sign a new deal for squad depth purposes, but he’s considering his options with the aim of playing regularly, if not in the Spanish capital, then somewhere else.

Anything is possible, of course, but right now it seems Juventus only need to beat off any competition that might come from England for Asensio’s services next summer.

As for Griezmann, the situation is slightly more complicated. The Bianconeri reportedly see the France international as an experienced attacker that would boost their quality on the pitch, but also as someone whose presence in the team could help younger players learn a thing or two.

But Griezmann returned to Atletico Madrid on a two-year loan from Barcelona in 2021, and the Rojiblancos are currently managing his minutes strictly in order to avoid triggering the obligation to buy included in the deal. Atletico want Griezmann to stay, but they’re doing what they can to force Barcelona into accepting a lower fee than initially agreed.

Juventus, if they intend to move for the 30-year-old, must hope the stand-off remains strong and their negotiations don’t produce results.