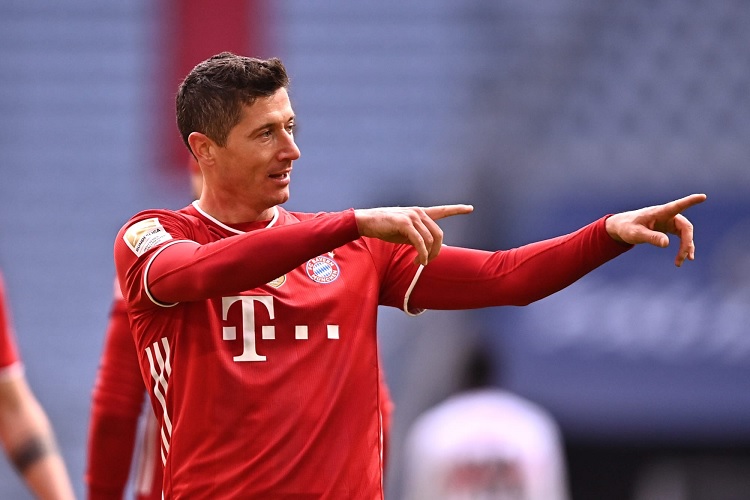 As things stand at the moment, Robert Lewandowski is still determined to leave Bayern Munich this summer, a year before the expiration of his contract, and according to Fabrizio Romano, he’s not interested in joining any club other than Barcelona.

Bayern chiefs, mostly CEO Oliver Kahn and sporting director Hasan Salihamidzic, and Lewandowski himself on the other side, have been exchanging heavy fire through press conferences since the season ended in Germany. The 33-year-old striker has even gone as far as saying he couldn’t imagine himself playing for the Bundesliga champions ever again. He expressed a hope that the club would allow him to leave, and mentioned lack of appreciation from them. Kahn, however, openly reminded Lewandowski that appreciation is a two-way street, obviously meaning that the player needs to respect the club as well, not just the other way around.

In light of everything that’s been happening on that front, the Poland international has been linked with other clubs too, but Romano claims a three-year contract has been agreed between Lewandowski and Barcelona and he’s not interested in going anywhere else. The only thing that remains to be done is to get Bayern to agree to a sale, preferably at a price not too steep for Barcelona’s not-so-deep pocket.

Meanwhile, Bayern are believed to be in a great position to sign Liverpool star Sadio Mane. It indicates the possibility that they might have been contemplating the future without their top scorer for the past eight years, but they surely won’t allow themselves to be bullied by Lewandowski, Barcelona or anybody else.

Robert Lewandowski wants to join Barcelona, no way for other clubs as of today. He knows it’s still not easy to reach an agreement with Bayern – but he’s only waiting for FCB. 🚨🇵🇱 #FCB