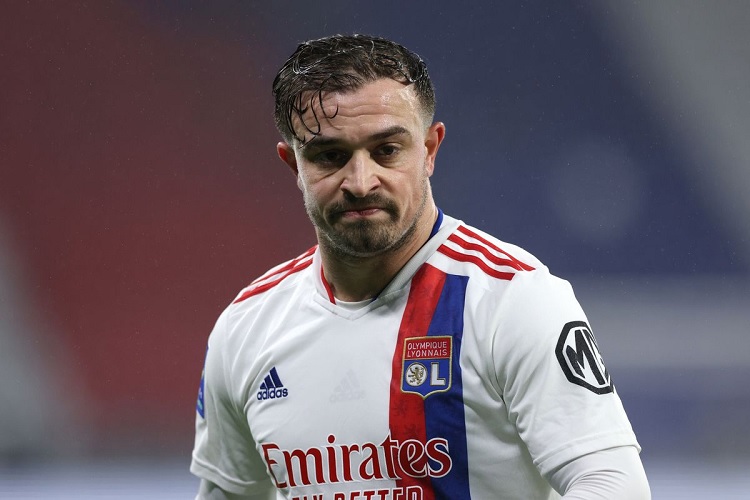 Olympique Lyon have confirmed that they’ve given permission to Xherdan Shaqiri to hold talks about joining an MLS side, and the player was therefore left out of the matchday squad which travels to face AS Monaco on Saturday.

“The management of Olympique Lyonnais and Peter Bosz announce that they have granted Xherdan Shaqiri’s request to be able to start discussions with an MLS club as part of a future transfer,” the official club statement reads.

“As a result, the Swiss international midfielder did not take part in today’s training session and will not be part of the squad that will travel to Monaco tomorrow evening as part of the 23rd round of Ligue 1.”

Meanwhile, the likes of Fabrizio Romano and The Athletic’s James Pearce have revealed that the MLS side in question is, in fact, Chicago Fire.

Shaqiri’s set to join Chicago Fire on a permanent transfer once final details will be completed.

Shaqiri spent three highly successful years with Liverpool, winning the Champions League, the Premier League, the UEFA Super Cup and the FIFA Club World Cup with the Merseysiders. However, he was never more than a backup option for Jurgen Klopp to use occasionally, either in midfield or on an attacking flank.

The 30-year-old was therefore keen to try his luck elsewhere and after a couple of reports claiming he was close to joining Lazio, the 100-cap Switzerland captain joined Lyon late in last summer’s transfer window for a reported fee of €6 million. Since then, he’s made a total of 16 appearances for the Ligue 1 side, scoring twice and providing three assists.