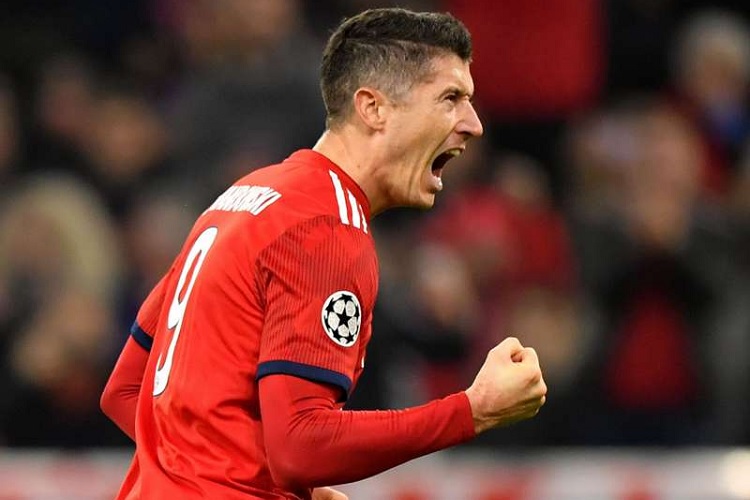 Less than two weeks ago, reports broke claiming Lewandowski was considering leaving the Bundesliga champions this summer, even though boss Julian Nagelsmann moved quickly to dismiss them. It was said that he was weighing up his options, seeing a potential move to Real Madrid as a ‘dream come true’. Manchester United and Chelsea have also been credited with interest in his services.

Nonetheless, it seems it’s already too late for the Poland captain to be taking such a road. Turning 33 next month, he has two years remaining on his Bayern contract, and Hainer is adamant Lewandowski is going nowhere.

“Robert Lewandowski will play for Bayern until June 2023,” Hainer said. “He has a contract and he’s staying here. We’re not looking for a new striker.”

The Bayern chief also revealed that the club are working hard on renewing the contracts of Goertzka and Kimmich.

“We are in good and constructive talks with Goretzka to extend the contract, the same goes for Kimmich. Further talks can now take place. Hopefully we can find a solution.”

There hasn’t been much talk involving Kimmich. The fullback-turned-midfielder has been at the Allianz Arena for six years, and like Lewandowski, he has two remaining on his current deal, but the club are obviously keen on extending the commitment of the Germany international who is still only 26.

As for Goretzka, he has recently been linked with Manchester United as the Premier League runners-up scour the market for a new high-profile midfielder, but many believe these links only exist to push Bayern into giving Goretzka, who is also 26 but has only a year left on his contract, a lucrative deal.