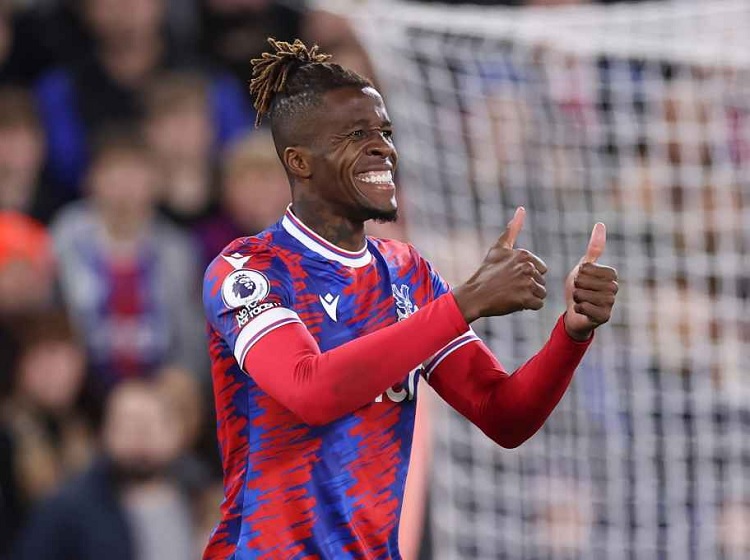 As reported by the Evening Standard, Barcelona and Juventus are closely watching for any developments regarding the future of Wilfried Zaha. The 29-year-old winger is now in the final year of his contract at Crystal Palace, and as things stand, it seems he isn’t very likely to sign a new one.

Having joined the Eagles in 2014, initially on loan from Manchester United which was turned into a permanent deal the following winter, Zaha was frequently linked with top clubs in England and abroad. Arsenal were said to be extremely interested in his services a couple of years ago and he was believed keen to make the Emirates switch, but the two clubs failed to reach an agreement over the valuation of the player. Arsenal boss Mikel Arteta is said to be keen on signing a new winger still, but he’s believed to be looking for a younger player.

Zaha has made a total of 441 appearances for Palace in all competitions so far, chipping in with 88 goals and 74 assists to make the team pretty stable in the Premier League down the years. Nonetheless, he has spoken about his desire to play Champions League football on numerous occasions, and with his contract about to expire, he could make that dream come true next season.

As for Juventus, it remains to be seen if they manage to qualify for UEFA’s elite competition, sitting eighth in the Serie A table at the moment, but Barcelona are more than likely to be there, and if it comes down to a choice between these two clubs, that could prove the decisive factor.

There was a report coming from Italian outlet Calciomercato a couple of weeks ago, relayed by TalkSport, claiming Zaha was actually keen on joining Liverpool next summer. But as with Juventus, the Merseysiders aren’t exactly enjoying a good season and it remains to be seen if they finish inside the top four to qualify for the Champions League.