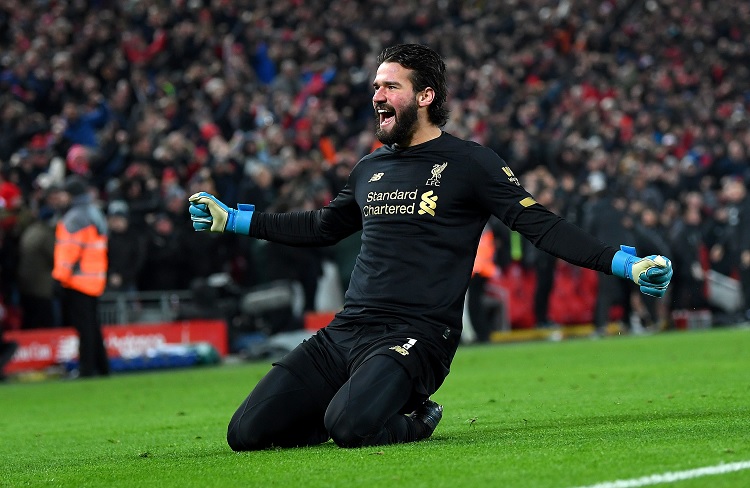 Liverpool are close to agreeing a new five-year contract with Alisson Becker, according to Fabrizio Romano.

The Brazilian goalkeeper is still on the terms he originally accepted when he joined the club from AS Roma back in 2018, and following the problems with Georginio Wijnaldum which resulted in the experienced Dutch midfielder leaving for free this summer, Liverpool are obviously keen to avoid repeating the mistake of not rewarding a key player for his exploits on time.

Liverpool are set to complete the agreement with Alisson to extend his contract until June 2026. The agreement is at final stages. 🔴 #LFC

Final details and clauses expected to be fixed in the next weeks, then Alisson will sign his contract extension with #LFC. 🇧🇷

Liverpool have made just one addition to their first-team ranks so far this summer – the arrival of defender Ibrahima Konate from RB Leipzig, but they’ve been working on securing the futures of several stars, as well as tying down a number of talents in their youth ranks. Virgil van Dijk, the defensive stalwart who missed the major part of 2020-21 through an ACL injury, is reportedly also in line for a new deal, as is captain Jordan Henderson.

There was a time, not so long ago, when Liverpool struggled to persuade their top players to spend their prime years at the club. Between 2014 and 2018, they lost Luis Suarez, Raheem Sterling and Phillippe Coutinho, three stars who each made a strong push to leave the club.

However, with the 2019 Champions League, UEFA Super Cup, FIFA Club World Club, as well as the 2020 Premier League added to their considerable trophy collection since, things have obviously changed on that front for the Merseysiders.