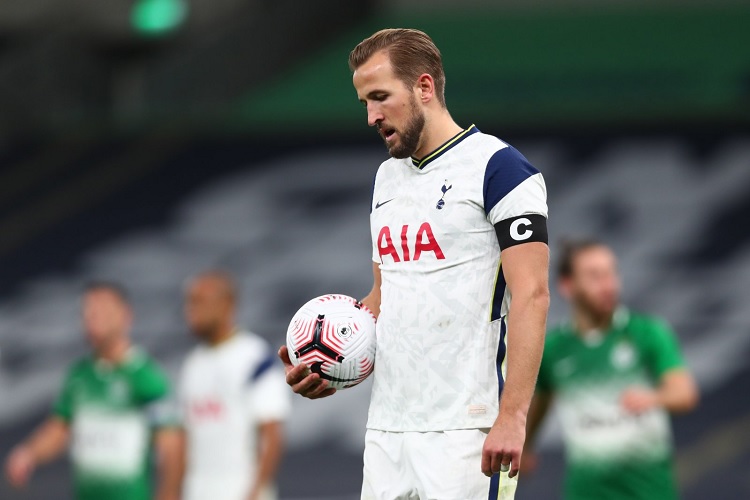 Some of his England teammates expect Harry Kane not to report for pre-season with Tottenham Hotspur when his three-week holiday following the Euro final defeat ends, according to The Telegraph. This should be a part of his plan to try and force a move to Manchester City.

Kane has made it clear on more than one occasion during the 2020-21 season that he would be open to leaving Spurs if they failed to finish inside the Premier League top four and qualify for the Champions League. They have, and his words appear to have drawn the attention of Manchester City.

City boss Pep Guardiola recently reiterated that the Premier League champions may not have sufficient funds at their disposal to sign a replacement for Sergio Aguero, who has joined Barcelona as a free agent. However, City have communicated their readiness to part with a sum of £100 million to acquire Kane’s services, and it seems the head of the England captain has been turned.

Meanwhile, Spurs chairman Daniel Levy remains keen on the club keeping hold of the 27-year-old, having promised the newly appointed head coach Nuno Espirito Santo that Kane would still be a part of their plans for the upcoming season. That, however, could force Kane into a standoff with the club as he aims to start winning major honors in his career, so far barren in that aspect despite numerous individual accolades.

Kane is currently on a three-week holiday following England’s defeat in the Euro final, and it will be interesting to see what happens when the period ends. City would reportedly be willing to sacrifice another one of England’s Euro standout performers, Raheem Sterling, to raise the funds necessary to make the move.