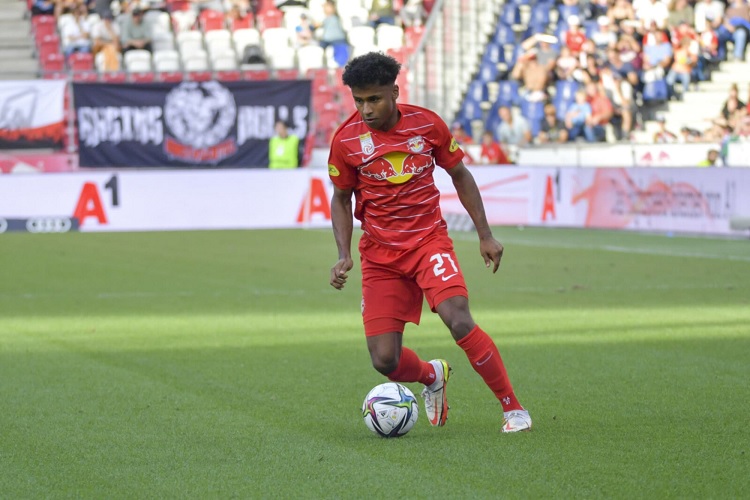 Just as they did in January 2020 when they signed Erling Haaland, Borussia Dortmund are reportedly considering turning to RB Salzburg to sign a new striker. That is according to German outlet Bild, who claim that Karim Adeyemi is being considered as a potential replacement in case Haaland leaves at the end of the season, as many expect.

Haaland apparently has a €75m buyout clause in his contract with kicks in next summer, and with Real Madrid, Manchester City and Paris Saint-Germain all said to be interested, the chances of him staying at the Signal Iduna Park next season seem rather slim. With that in mind, Dortmund obviously need to identify a suitable replacement, and Adeyemi, who has so far scored 11 goals and assisted twice in 16 matches for Salzburg this season, seems like a good prospect.

However, acquiring the services of Adeyemi right now might prove a difficult task. He signed a four-year contract with Salzburg last year, which means the Austrian side are in no rush to sell. Quite apart from that, both Bayern Munich and Liverpool are said to be keeping an eye on developments, as well as Adeyemi’s performances, as they consider their own options to rejuvenate their attacking lines.

Having previously passed through several different academies, Adeyemi eventually rose through the youth setup at Unterhaching and left their Under-19 side to join Salzburg in 2018. Salzburg sent him to FC Liefering in Austria’s second tier for 2018-19, but he’s been back at the parent club ever since. Overall, he has 21 goals and 17 assists in 66 appearances for the club in all competitions.