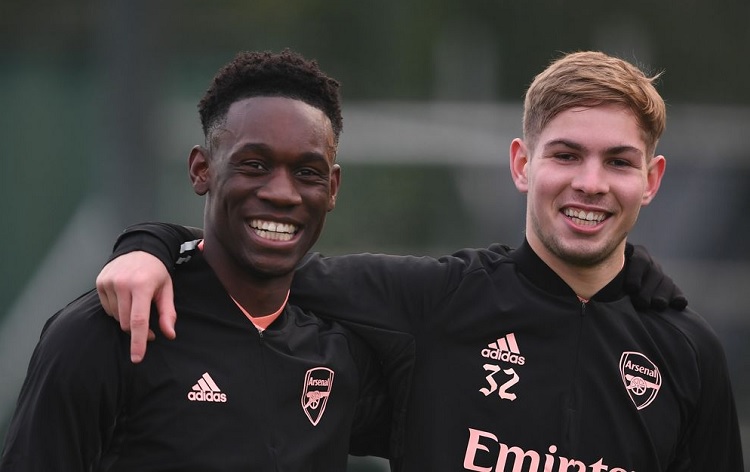 Folarin Balogun has signed a new long-term contract with Arsenal, the club have officially confirmed.

The 19-year-old forward was in the final year of his previous deal, and his future at Arsenal seemed more doubtful by the week. He was reportedly very reluctant to recommit, with plenty of interest in his talent from elsewhere.

However, a breakthrough was obviously found at some point and recent reports claimed he had accepted terms on a new deal – now it’s official, his name is on the dotted line.

“We have been extremely impressed with Flo this season,” manager Mikel Arteta said.

“He has continually shown his natural ability in many training sessions with us and we have been equally impressed with his early integration into the first-team squad on matchdays.”

With their involvement in next season’s Champions League looking highly doubtful – unless they win the Europa League, that is – the Gunners aren’t expected to spend much in the upcoming transfer window. In such circumstances, it only makes sense to intensify efforts to secure the future of the talent already present in their ranks.

Bukayo Saka recently signed a new contract as well, and according to The Athletic, the club have opened talks with Emile Smith Rowe as the next in line.

The 20-year-old attacking midfielder has enjoyed a particularly good season, making 16 Premier League appearances, 14 of which were starts. His presence in the first team, along with the loan signing of Martin Odegaard from Real Madrid in January, have provided Arteta’s team with the sort of creativity they were lacking since the start of Mesut Ozil’s downfall.