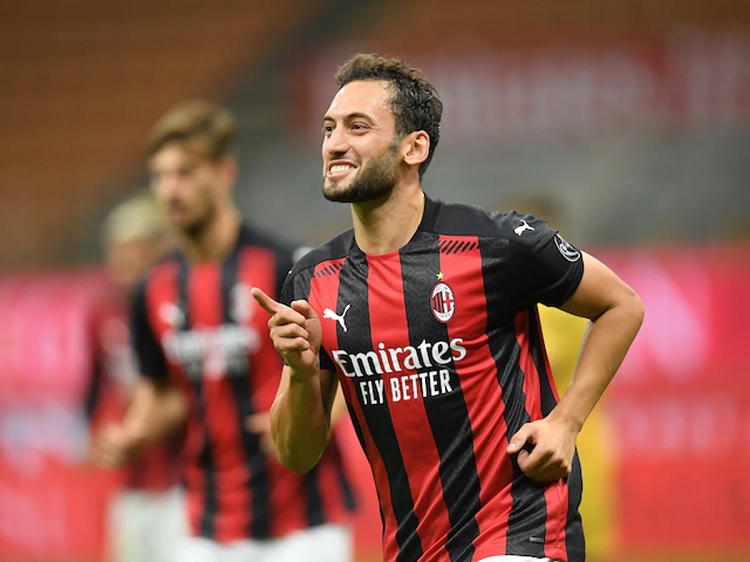 Inter Milan have completed and confirmed the signing of Hakan Calhanoglu from AC Milan. The Turkey international joins the Nerazzurri as a free agent with his contract at Milan expiring at the end of the month.

“FC Internazionale Milano can confirm that Hakan Calhanogu has joined the Nerazzurri. The 27-year-old midfielder has signed a deal with the Club lasting until 30 June 2024,” the official club statement on Inter’s website reads.

Milan seemed to be in the process of a resurgence as one of the major driving forces in the Serie A in 2020-21, seriously pushing for the title through most of the campaign. However, just as it happened with Calhanoglu, Inter swooped in and stole the show on that front as well.

Milan were in talks with Calhanoglu’s representatives over a new deal for several months. At one point, there seemed to be some encouraging signs that an agreement would be reached. Meanwhile, a number of clubs were reported to be hovering around, monitoring the situation closely.

The 27-year-old went to join his national team for the ongoing Euros earlier this month with his future still undecided. Only on Monday, after Turkey’s exit from the tournament, did it emerge that he was in fact close to joining Inter, and his move to the city rivals isn’t likely to be accepted easily among the Rossoneri supporters.

Calhanoglu prefers to play on the left attacking flank, though he can do pretty well on the right or through the middle as a No.10. It remains to be seen what role Simone Inzaghi, the newly appointed Inter boss, has in mind for him.