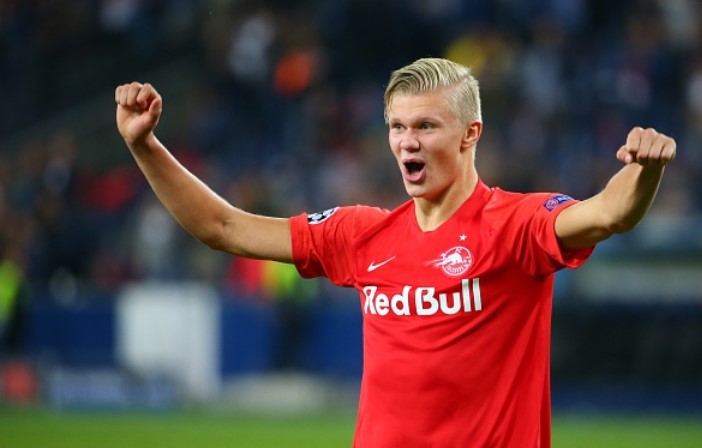 Manchester United have been linked with numerous players and now one of them is Erling Braut Haaland, the 19-year-old Norwegian striker who plays for Red Bull Salzburg. His incredible start of the season, during which he scored 26 goals and made six assists in just 18 matches meant that most European clubs would be interested in him.

When someone scores five hat-tricks this early into the campaign, everyone will be watching, but there is an important factor here – Haaland used to play under Ole Gunnar Solskjaer at Molde for almost two years before one went to Manchester and the other one to Salzburg.

His agent is Mino Raiola which might help United – the club that often signed his players in recent times – but Haaland is also wanted by Juventus, Inter Milan, Atletico Madrid and others. All of that means he is not a cheap option, with Salzburg holding all the cards at the moment.