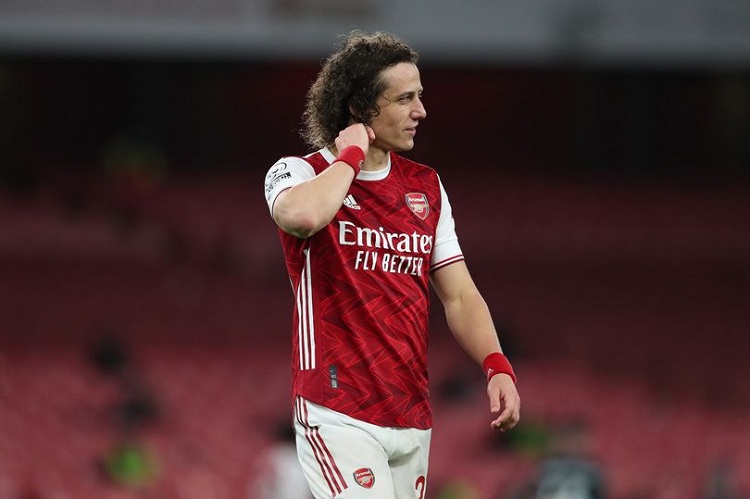 David Luiz has informed Arsenal that he has decided to leave the club when his contract expires at the end of the season, according to David Ornstein of The Athletic.

The Brazilian defender joined the Gunners from Chelsea in the summer of 2019 for a reported fee of £8 million. He initially signed a one-year deal which was extended again at the end of last season. Now, however, he hasn’t been offered another extension and he has made it clear he wouldn’t be signing one anyway.

Luiz has played 73 matches in all competitions in an Arsenal shirt, helping them win the 2020 FA Cup. He is currently out of action with a hamstring issue, and with no more than two games remaining this term, it seems he has already played his last one for the Gunners. His involvement against Crystal Palace and Brighton and Hove Albion, however, hasn’t been ruled out yet.

Luiz has been on relatively fine form this season. Manager Mikel Arteta often switched from four at the back to three and vice versa, and the 34-year-old was always an important part of the line when fit.

As things stand, Arsenal have Pablo Mari, Rob Holding, Gabriel Magalhaes and Calum Chambers vying for the centre-back roles, and they have 20-year-old William Saliba due back from his loan at OGC Nice.

As for Luiz, his plans for the future past the Emirates exit door remain outside of public domain for now, but speculative rumours are likely to appear in abundance very quickly.