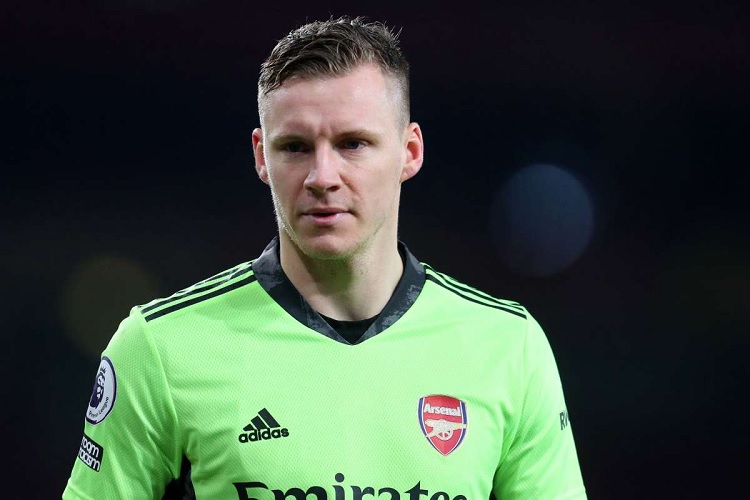 Bernd Leno appears to be uncertain about his desire to remain at Arsenal for long, after he lost the place between the posts to Aaron Ramsdale.

The German goalkeeper started the opening three Premier League matches for the Gunners this season – and they lost all three, conceding nine goals and scoring none. Then Ramsdale took his place and the team’s luck changed – they won all three they’ve played since, conceding only once and scoring nine.

However, Leno is obviously unhappy about the situation, and he says he was given no reason for his omission from the starting XI after the 5-0 defeat to Manchester City.

“There was no clear reason why I was out, but it had nothing to do with my performance,” he told Sport Bild.

“He is the trainer, he decides. Of course, it’s difficult for me.”

Asked about recent reports crediting Inter Milan with interest in his services, the 29-year-old dropped a big hint he could be tempted to join the Serie A champions.

“London is very nice. Milan is not bad either and closer to my home Stuttgart.”

To make matters worse for Leno, Ramsdale has been putting in excellent performances since getting his chance, and to drop the former Sheffield United shot-stopper now would seem harsh indeed.

The German seems willing to wait for the time being, but not for too long.

“But I’m not seriously thinking about that yet. I feel comfortable at Arsenal and in London,” he said.

“Only if nothing changes in my situation by winter would I have to think about things: what option do I have, how can I continue? But I’m concentrating on my work in training; I can’t commit to anything else at the moment.”

Meanwhile, Arsenal boss Mikel Arteta insists that he gave Leno his reasons for dropping him in a conversation held two days before the Norwich City clash on September 11th, when he first named Ramsdale to start a league match.

“I had a very clear conversation with him 48 hours before I was going to make the decision,” Arteta said.

“Obviously any conversation I have with him is completely private and I’m not going to speak with any media about it.”