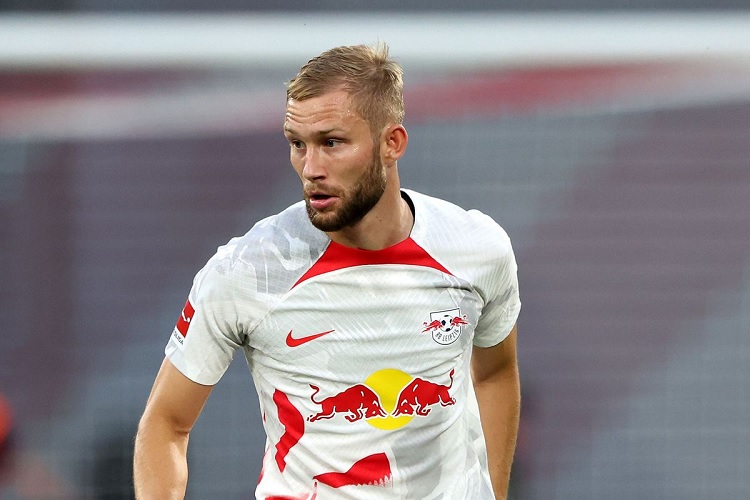 Liverpool are preparing to add to their midfield ranks as soon as possible, according to Sky in Germany, and one of the names their currently considering with a view of a winter transfer is RB Leipzig’s Konrad Laimer.

The need for the Merseysiders to overhaul the middle section of their squad is now an obvious consequence of a large number of injuries there this term, and a string of poor results which have put them in ninth place in the Premier League table at the moment. Further more, the contracts of James Milner, Alex Oxlade-Chamberlain and Naby Keita are set to expire at the end of the season, and at least two of the three are expected to move on or retire.

As for Laimer, his contract with Leipzig is set to expire as well and it has been reported that he has no intention of signing a new one, being keen on playing in the Premier League as the next step in his career. The 25-year-old is, however, currently out of action with a syndesmotic ligament tear.

Predominantly a deep-lying midfielder used to playing as part of the middle duo in a 4-2-3-1 system, Laimer is versatile enough to be able to fulfill a number of roles on the pitch, with is one of the traits Liverpool boss Jurgen Klopp has shown to value highly over the seven years he’s spent at Anfield so far.

Laimer’s contract situation would obviously work in Liverpool’s favour, and Leipzig would likely be open to the idea of getting any kind of fee for his services in January, rather than losing him on a free transfer in the summer.