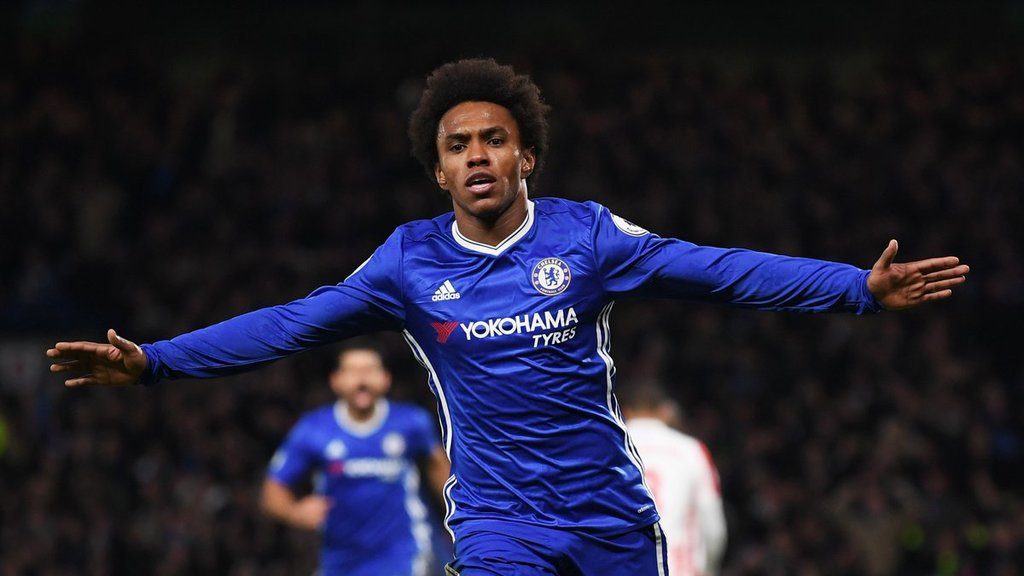 Juventus have been known for signing players when their contracts at previous clubs run out and they might they do it again. According to Tuttosport, Bianconerri are prepared to swoop in for Chelsea winger Willian once he becomes a free agent at the end of the current season.

The Brazilian has not yet been offered a contract extension at Stamford Bridge and as things are going so far, he will be able to leave the club for nothing next summer. In fact, Juventus will be able to negotiate with the player without consulting Chelsea once 2020 starts.

Juve are monitoring Willian’s situation with great interest and Maurizio Sarri is reportedly eager to reunite with his former player in Turin. Juventus already signed Aaron Ramsey and Adrien Rabiot on a free transfer last summer, with the likes of Andrea Pirlo, Emre Can and others also falling into that category in the past.