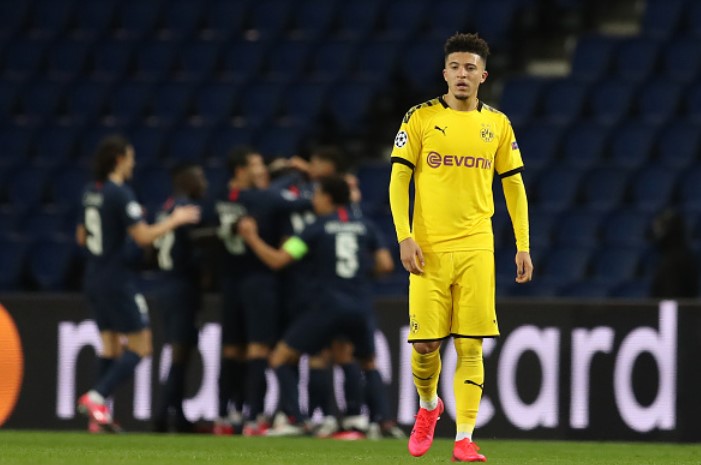 The talks between Manchester United and Borussia Dortmund over a potential transfer of Jadon Sancho have been going on for a long time now. Dortmund have been unwilling to budge from their €120 million valuation of the winger, while United believe that price to be too steep.

But until Tuesday, there were no actual official bids made. Then it happened; Manchester United put an offer on the table, according to multiple sources, potentially rising to €100m – €80m guaranteed plus €20m in add-ons.

BVB have turned down latest Man Utd offer for Jadon Sancho – within last week. Adamant he is going nowhere. Big decision for Utd now. Have another go? Look elsewhere? Or, knowing JS would move at end of season, get short-term. Or nothing.

Throughout the talks, some reporters in the British media believed that figure would do the trick. However, Dortmund rejected it without a second’s thought, still maintaining that their price of €120m has to be met, and it has to be all upfront; no add-ons can come into it.

As Simon Stone, the BBC Sport reporter whose tweet is above, says, it remains to be seen what happens next for Manchester United. Sancho is very likely to leave Dortmund at the end of the current season – the Bundesliga side probably won’t risk losing him for free when his contract expires in 2022, but it’s probably not that simple.

It is logical to assume that a player with no more than 12 months on his contract costs somewhat below what he’s actually worth, but come next summer, other clubs could easily decide to enter the fray and drive the price even further, or make Old Trafford appear a less desirable destination for Sancho himself.

Real Madrid are a good example of a huge club with an enormous pull who haven’t made any signings this year due to the impact of the Covid-19 pandemic, but they are expected to consolidate their finances by the time the transfer window opens next summer. What’s more, they have been credited with interest in the 20-year-old Dortmund winger.

It does feel like it’s now or never for United.