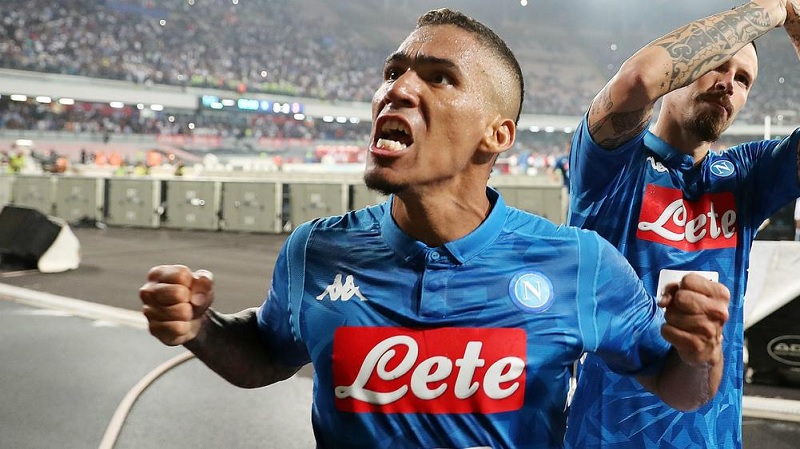 Everton have agreed a deal to sign Allan from Napoli, according to multiple sources.

The midfielder worked with Carlo Ancelotti at the Serie A club for two years, and the pair of them are set to be reunited on Merseyside now. The prospect of that reunion seems to have swung the matter in Everton’s favour, despite the reported interest from Atletico Madrid and Borussia Dortmund.

The price Everton will be paying for the services of the midfielder could potentially amount to €28 million, with the base fee set at €25m and the proposed add-ons at €3m. The 29-year-old is expected to travel to the north-west of England to undergo a medical in the coming days, with personal terms already agreed.

Allan’s career path started at Brazilian club Madureira-RJ and went through CD Maldonado in Uruguay, though both those stints included loans to Vasco da Gama. He eventually made his way to Europe in 2012 when he joined Granada, but he was immediately loaned and later sold to Udinese. That’s where his performances earned him interest from Napoli, who signed him in 2015 for a reported fee of €11.5m. Since then, he has worn the Napoli shirt 212 times, scoring 11 goals and assisting 16 more from his position in central midfield. He has also made eight appearances as a Brazil international.

The midfield section of the squad is the one that Ancelotti is most keen on reconstructing at Everton. Apart from Allan, the Toffees are reportedly deep in talks over a potential signing of James Rodriguez from Real Madrid and they’ve held some conversations with Watford over Abdoulaye Doucoure.

However, while Rodriguez arriving to Goodison this summer remains a possibility, it seems that there is a gap too big between Everton’s and Watford’s valuation of Doucoure.