Wout Weghorst ended the 2019-20 Bundesliga season as one of the most threatening forwards in the league. The Dutch striker enjoyed a fine season with Wolfsburg and now seems ready to take the next step in his career.

According to several reports, both Newcastle and Arsenal are among a number of Premier League clubs interested in signing Wolfsburg’s Dutch striker Wout Weghorst, 27, for 35m euros (£31.9m). On paper, though, moving to Newcastle might make more sense than moving to The Gunners. Playing time could be easier to come by at St. James’ Park instead of at the Emirates Stadium.

At Arsenal, the Dutch international would have to compete with (at least) one of Pierre-Emerick Aubameyang and Alexandre Lacazette, so he would probably be relegated to a secondary. Such wouldn’t be the case at Newcastle, as The Magpies are looking for an established striker who can provide competition to Joelinton. The Brazilian has netted just two goals in 31 Premier League appearances this term.

Weghorst finished the 2019-20 season with 16 goals and three assists in 32 league appearances. He scored five goals in Wolfsburg’s last five Bundesliga matches and played a pivotal role in the team’s successes in 2019-20. Playing in the Premier League could be a steep challenge for him but, if his recent years at Wolfsburg are of any indication, then he is more ready to embrace the challenge. 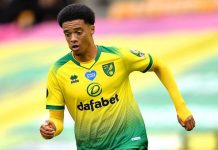 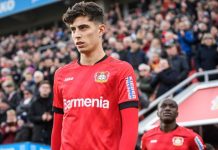