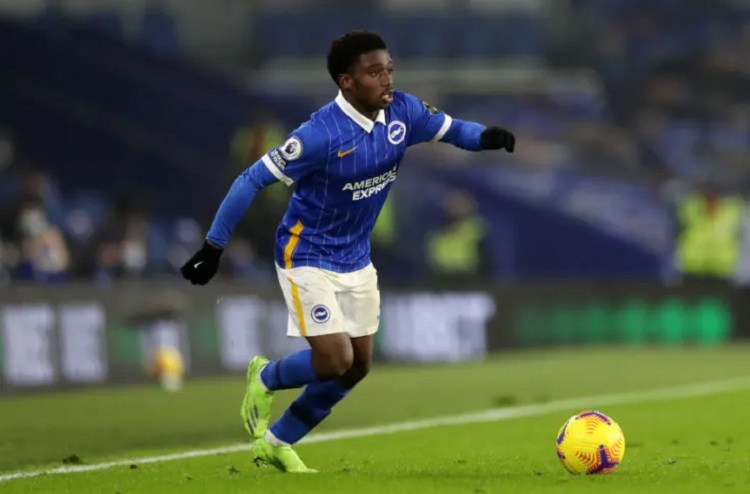 Tariq Lamptey of Brighton and Hove Albion is currently being considered by Arsenal as a potential replacement for Hector Bellerin, should their long-serving right-back leave next summer, according to the Mirror.

Bellerin joined Arsenal as a 16-year-old player from Barcelona’s youth setup in 2011, and Joan Laporta, apparently the favourite to win the presidential elections at the Catalan club, is keen to bring their former younger back.

Bellerin has two and a half years remaining on his contract which puts the Gunners in a good position should any negotiations with Barcelona take place. On the other hand, if Barcelona do come calling and make a respectable offer for his services, they will probably find it very difficult to resist their advances, especially of the player himself decides he wants to go.

And looking at it objectively, it’s hard to see any Arsenal player rejecting a chance to play for Barcelona at the moment, with all due respect to the north-Londoners.

But if Bellerin does leave, Arsenal will likely get a fair-sized fee for his services and will have the opportunity to reinvest that money. And it seems their looking at Lamptey at the moment.

The 20-year-old joined Brighton from Chelsea’s Under-23 team last January, and he has so far made 19 appearances for the Seagulls, scoring one and assisting four goals.

Like Bellerin, he is contracted to his club until the summer of 2023, which means he probably won’t come cheap, but his notable talent might just be worth paying for.