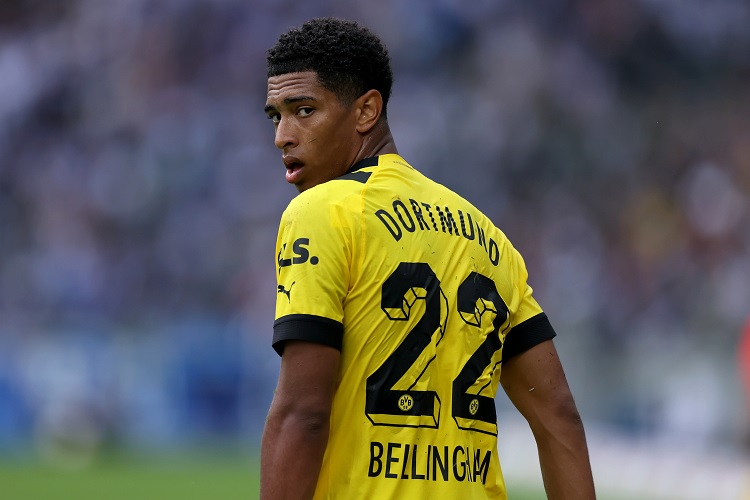 Borussia Dortmund star Jude Bellingham is obviously becoming one of the most sought-after players on the planet. His departure from the Signal Iduna Park next summer is becoming more likely with each passing day, simply because at that point he will have two years remaining on his contract, and if the Bundesliga side want to get his full market value which at the moment is believed to be in the region of €150 million, they will have to accept a suitable offer. If not, they will risk his market value decreasing rapidly from that point on.

The race to sign Bellingham in 2023 is heating up. Media is Spain are saying he has already chosen Real Madrid as his destination, but such claims have been proven wrong before. The same outlet (Marca) claimed last spring that Los Blancos had already agreed everything for the free transfer of Kylian Mbappe from Paris Saint-Germain this summer and were waiting for the right moment to make the official announcement, but the 23-year-old forward then signed a new contract with the Ligue 1 champions and stayed in Paris. Elsewhere, it’s been said that it’s Liverpool who lead the race.

And according to a fresh report coming from The Telegraph, Chelsea’s Todd Boehly-Clearlake Capital ownership have tried to make contact with Bellingham’s representatives in an attempt to take him to Stamford Bridge instead as they seek to acquire a young, highly rated midfielder. However, it seems they’ve been told that both Real and Liverpool are currently ahead in that race.

Meanwhile, Chelsea are also said to be keeping a close eye on RB Leipzig forward Christopher Nkunku, and they could move for a new goalkeeper as well, being worried about the recent drop in the form of Edouard Mendy.