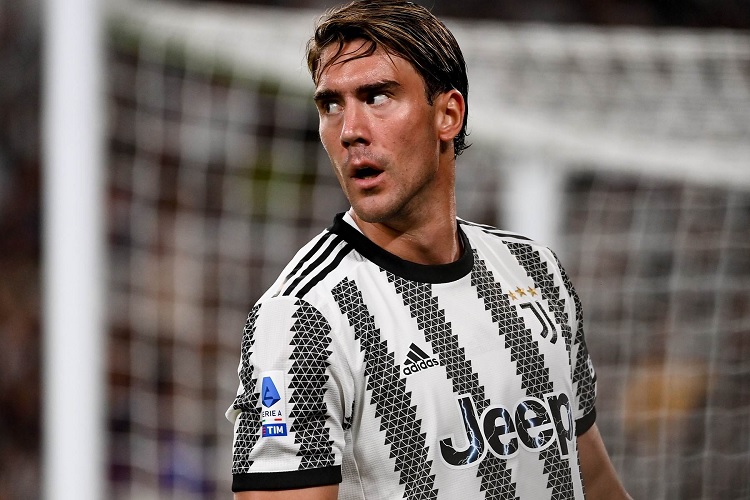 Arsenal were very much interested in signing Dusan Vlahovic back when the young striker plied his trade at Fiorentina. With Pierre-Emerick Aubameyang on his way out and the contracts of Alexandre Lacazette and Eddie Nketiah approaching their mutual expiration date, the North London club made their move for Vlahovic to boost their crumbling striker department.

They might have believed they stood a chance at one point, but it later turned out that Vlahovic was only stroking the Gunners’ interest to entice Juventus, where his heart had already gone.

At the end of the season, Lacazette followed Aubameyang through the exit door, but Arsenal signed Gabriel Jesus from Manchester City as a replacement, or as it turns out, and upgrade on the experienced Frenchman. Their hopes ahead of the new season received a fresh boost afterwards as Nketiah finally put pen to paper on a new contract and stayed put.

With both strikers doing rather well this season, particularly Jesus with four goals and three assists in seven Premier League matches so far, it would make no sense for Arsenal to go back and try to sign Vlahovic from Juventus. Quite apart from the astronomical figure the Old Lady would likely demand, Arsenal simply don’t need him anymore. The same could be said of 19-year-old attacking midfielder Fabio Miretti, given the presence of Martin Odegaard, Fabio Vieira and Emile Smith Rowe in their ranks already.

But transfer rumours don’t always make sense, and there have been claims recently that Arsenal were preparing to offer Juventus a figure of £100.5 million for both Vlahovic and Miretti.

Fabrizio Romano checked these allegations and his sources at both clubs have, unsurprisingly, shot them down.

Stories on Dušan Vlahović and links to Arsenal move for January have been described as wide of mark by sources on both sides. ⛔️ #AFC

Vlahović, only focused on Juventus and Arsenal currently very happy with their strikers. pic.twitter.com/M6wJutp1nu