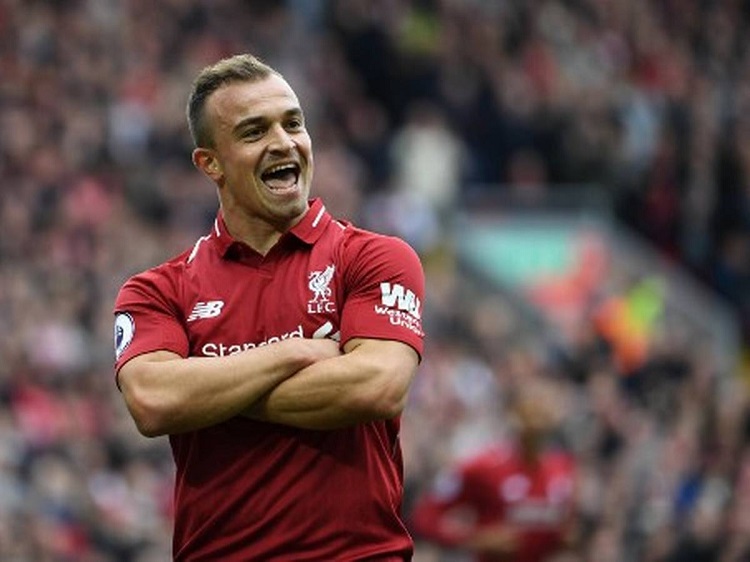 Xhedan Shaqiri has informed Liverpool of his desire to embark on a new challenge and is interested in joining Lazio.

The Swiss international joined the Merseysiders in 2018 from Stoke City in a £12 million move. He was always seen as a backup option on attacking flanks, though manager Jurgen Klopp has been known to put him in a No.10 role as well on the rare occasion when the shape of the team was changed from the standard 4-3-3 to 4-2-3-1. His contribution in Liverpool’s success over the last three years was notable, but he’s never been a regular starter, and it seems he is now keen to move on in search of regular game-time. In all competitions, the 28-year-old winger has made 63 appearances for the Reds, scoring eight goals and assisting nine times.

“I told Liverpool board I feel ready for a new challenge,” Shaqiri told Italian outlet Corriere dello Sport. “They accepted my decision and will now consider bids to sell me. Liverpool won’t stop me this summer.”

“I’d love to come back to Italy, and I’d like to play for Lazio,” he added.

Lazio have indeed been credited with interest in signing Shaqiri this summer, as have Napoli. Meanwhile, Liverpool have already recouped close to £30m through the sales of Marko Grujic to Porto, forward Taiwo Awoniyi to Union Berlin and attacking midfielder Harry Wilson to Fulham. They are now reportedly open to selling Shaqiri, seeking another £15m for his services, as well as striker Divock Origi, before they act on potential incoming deals that would follow the arrival of centre-back Ibrahima Konate from RB Leipzig.