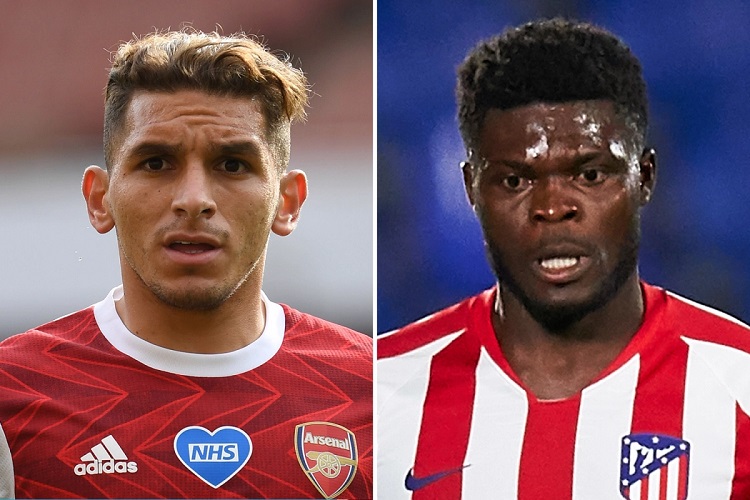 Atletico Madrid and Arsenal are currently in talks over potential deals for Lucas Torreira and Thomas Partey, according to Sky Sports.

Torreira still hasn’t been included in any matchday squad at Arsenal, along with fellow outcasts Mesut Ozil and Matteo Guendouzi, and it’s becoming increasingly obvious that the Uruguay international has no place in manager Mikel Arteta’s plans. The two clubs are discussing his possible transfer to the Wanda Metropolitano, but they remain at odds over the type of the proposed deal.

Apparently, Atletico want the defensive midfielder on a season-long loan, while Arsenal are keen to make the potential parting of ways permanent in order to raise funds for another incoming transfer. That could possibly be Atletico’s Partey, whom the Spanish side are reluctant to sell and demand his full release clause of €50 million to be paid for him to leave. A fee Arsenal potentially receive for Torreira could be put towards it, but the two deals remain completely separate subjects of the talks.

Meanwhile, the Gunners are contemplating alternatives to the Ghana international, just in case they fail to sign him in the end. One of them is apparently Houssem Aouar of Olympique Lyon, while Chelsea’s Jorginho is another.

But while Aouar might prove obtainable before the transfer window closes on October 5th, Jorginho seems to have secured his place in the plans of Chelsea boss Frank Lampard, and that would make getting him to leave Stamford Bridge extremely difficult at this point. On the other hand, Jorginho is certainly a much closer fit to play the role intended for Partey than Aouar.