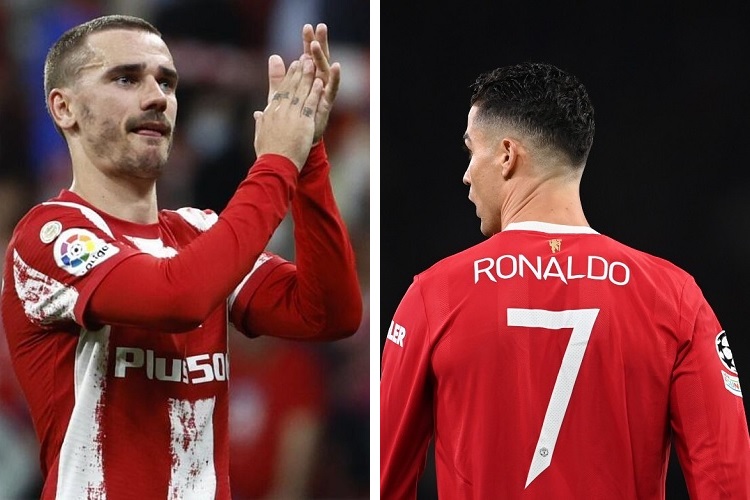 Atletico Madrid have placed Antoine Griezmann on the market in order to make way in their ranks for a proposed arrival of Cristiano Ronaldo from Manchester United, according to The Times.

First and foremost, the La Liga club need to create room on their wage bill for the Portuguese superstar, and they’re believed to have offered Griezmann to potential suitors which include Paris Saint-Germain.

Ronaldo spoke at one point about the need for newly appointed United manager Erik ten Hag to be given time to get the team back to the very top of English and European football, but later in became known that was seeking for a way out of Old Trafford, being disillusioned about their immediate ambitions.

However, Ten Hag still maintains that the 37-year-old is not for sale this summer, with a year still remaining on the contract he signed upon returning to the club from Juventus in 2021, despite the forward missing the pre-season tour apparently through ‘personal reasons’.

Griezmann, who has two years remaining on his contract, also returned to his former club last year, having spent two underwhelming seasons at Barcelona. In 2021/22, the France international scored just eight goals and produced seven assists in 38 matches in all competitions for Atletico. Meanwhile, Ronaldo had 24 goals and three assists in 38 appearances for United, finishing the season comfortably as the club’s top scorer.

Apparently, Ronaldo, who spent nine extremely successful seasons with Real Madrid, is understood to be open to the possibility of returning to the Spanish capital. He has reportedly rejected an extremely lucrative offer to spend the next two seasons in Saudi Arabia in order to play Champions League football again.