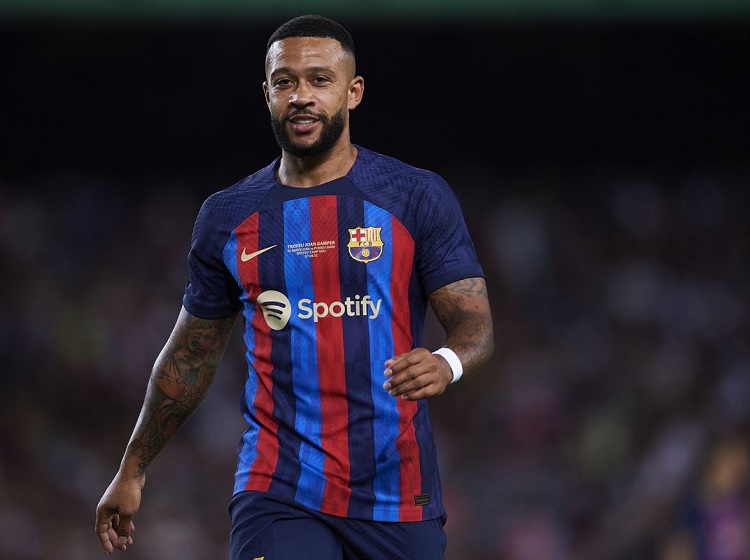 In the wake of their agreement with Cristiano Ronaldo about the termination of the Portugal captain’s contract, Manchester United are considering a January swoop to re-sign Memphis Depay from Barcelona, according to Sport.

Depay spent a year and a half at Old Trafford, having joined United in the summer of 2015 with Louis van Gaal in charge, and left for Olympique Lyon in January 2017 after being informed about being considered surplus to requirements by Jose Mourinho. In between, he made a total of 53 appearances for the 20-time English champions, scoring just seven goals along with six assists to his name.

In the summer of 2021, Depay left Lyon to join Barcelona as a free agent and had a fine first season with the Catalans. But this summer, the La Liga giants brought in former Bayern Munich star Robert Lewandowski, and hit by a thigh injury, Depay has only appeared in three matches so far this term.

With his contract set to expire next summer, it’s not very likely the 28-year-old forward would want to extend it or that he’d be offered to do so, given his situation under Xavi Hernandez. And in that case, Barcelona aren’t very likely to resist a concrete attempt at prizing him away in January, which would see them receive at least some kind of a fee for his services.

Earlier in the season, United boss Erik ten Hag repeatedly stated that Ronaldo was needed in his ranks, but in the aftermath of the five-time Ballon d’Or winner’s controversial interview last week, it only made sense for the veteran attacker to be allowed to leave. The development has obviously left a hole in Ten Hag’s squad, and that is where Depay is supposed to come in, to compete against Anthony Martial for the role of the starting centre-forward.