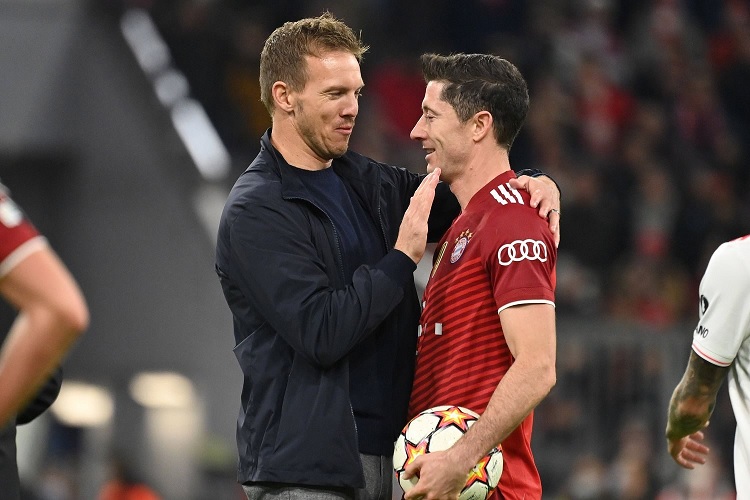 Bayern Munich have ruled out the idea of signing a new striker in January, as reported by journalist Florian Plettenberg of Sky in Germany.

Between the summers of 2014 and 2022, which means from the moment Robert Lewandowski arrived to the Allianz Arena from Borussia Dortmund as a free agent to the moment he left to join Barcelona in a €50m deal, it was practically impossible to imagine Bayern having such a problem. The 34-year-old scored 344 goals and produced 72 assists in 375 appearances in all competitions for the Bundesliga champions. All the more for that reason, it was maybe to be expected that his departure would cause a problem, unless his contribution upfront is probably replaced.

Bayern are believed to have asked England captain Harry Kane to hold off on signing a new contract with Tottenham Hotspur until they asses whether to make their move for his services at the end of the season, but no such signing will be forthcoming during the winter, and head coach Julian Nagelsmann will have to organize the attacking players already at his disposal in the best way possible to get his team back on track.

At the moment, Bayern are fifth in the German top flight, with a five-point deficit on unexpected leaders of the pack, Union Berlin, having failed to win any of the last four matches. There was fear that such an underwhelming run could lead to Nagelsmann’s job being in danger, but CEO Oliver Kahn has recently insisted that’s not the case.

News #FCBayern: No new striker is to be signed in the winter transfer window. It’s excluded at this stage. Nagelsmann should form a unit with the existing players. @SkySportDE 🇩🇪