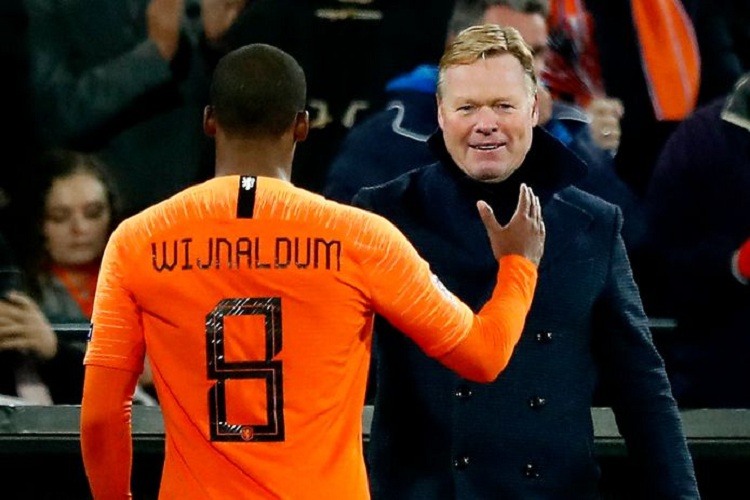 Liverpool’s Georginio Wijnaldum has reached a pre-contract agreement to join Barcelona as a free agent this summer, according to The Times. The Netherlands international would thus become the first signing in the second spell of Joan Laporta as the president of the Catalan club.

Barcelona were heavily linked with Wijnaldum last summer, when it was widely reported that head coach Ronald Koeman would love a Camp Nou reunion with the player he had worked with at international level. However, no official offer came Liverpool’s way and Wijnaldum currently remains at Anfield, for what seems to be his last season at the Merseyside club.

The 30-year-old has been a vital component of everything Liverpool have done under Jurgen Klopp in the last couple of seasons, including winning the Champions League, the UEFA Super Cup and the FIFA Club World Cup in 2019, followed by the long-awaited Premier League title in 2020. He tops the club’s list in terms of availability, having made 226 appearances in the red shirt since his arrival from Newcastle United in 2016. His incredible versatility has made him extremely useful in every possible midfield role, apart from which he has been known to play in a back three, on the wing, and even as a ‘false nine’.

Liverpool were obviously keen to keep hold of his services past this summer, but multiple reports suggested Wijnaldum had been holding out for a contract reflecting his vast contribution to the club. The club, on the other hand, are wary of giving a long-term lucrative deal to a player of his age, and no common ground has been found.

But it seems a contract to his liking has been put on the table by Barcelona, and that in turn suggests that Laporta has faith in Koeman returning the club to the paths of old glory.