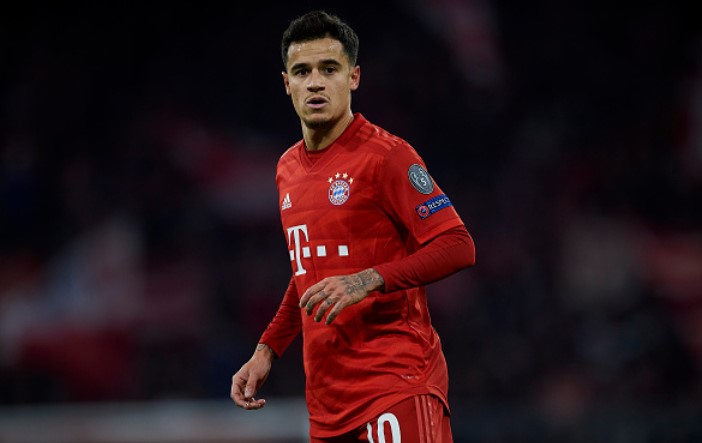 Philippe Coutinho insists he remains focused on playing the remaining game of Bayern Munich’s 2019/20 Champions League campaign – the final against Paris Saint-Germain on Sunday, despite numerous speculative reports about his future.

The Brazilian left Liverpool to join Barcelona for a fee reportedly amounting to €160m in January 2018, claiming back then it was a ‘dream move’. However, things have gone completely the wrong way for him since.

Coutinho spent 18 months at the Camp Nou and failed utterly to fit into the system in place there. Last summer, he was sent on a season-long loan to Bayern Munich. The Bavarians could have made the deal permanent, but they chose not to trigger that option and he is now set to return to Barcelona – after the Champions League final.

There has been a lot of talk about where the 28-year-old playmaker could be plying his trade next. Chelsea and Arsenal have been credited with interest in bringing him back to the Premier League, which, according to his agent, would be his preferred destination. Meanwhile, Barcelona president Josep Maria Bartomeu said a few days ago that Coutinho could remain at the club if Ronald Koeman, the newly appointed head coach, wants him in his ranks.

But as he told Esporte Interativo, the Brazil international isn’t thinking about that at the moment. Instead, he remains focused on the Champions League final, having put the finishing touches of Bayern’s 8-2 destruction of his parent club in the quarterfinals with an assists and two goals.

Coutinho was asked about the prospect of facing Neymar in the upcoming match, and revealed that he hasn’t spoken to his international teammate, believing that the PSG star is also focused on winning the biggest trophy in European club football.