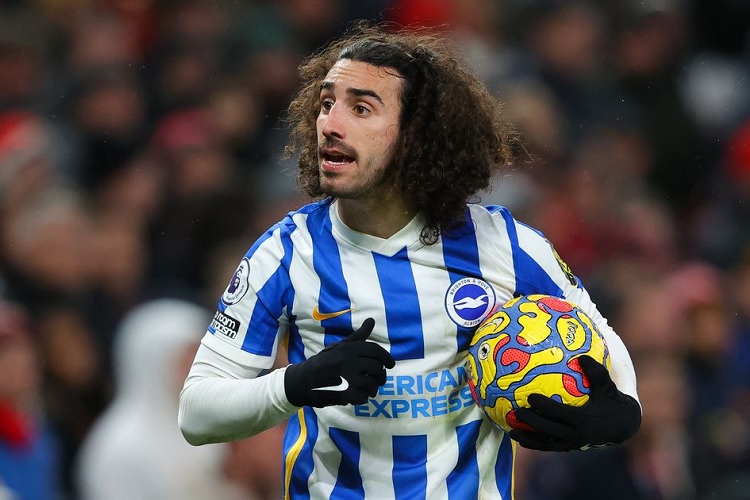 Brighton and Hove Albion have rejected an offer from Manchester City for the services of Marc Cucurella, believed to have been in the region of £30 million, according to Sky Sports.

At this point, it’s hard to imagine Benjamin Mendy ever playing professional football again given the ongoing criminal proceedings against him. Due to his absence, City boss Pep Guardiola frequently used midfielder Oleksandr Zinchenko on the left defensive flank, but with the Ukraine international reportedly set to be unveiled as a new Arsenal player, City’s need for a new left-back is obvious.

Numerous reports claimed the Premier League champions had lined Cucurella up as the man to step into the breach after Zinchenko’s departure, but it seems Brighton aren’t ready to easily give up on a player who made 38 appearances in all competitions for them since his arrival from Getafe a year ago, 35 of which were starts in the Premier League.

Cucurella took his first football steps at the youth setup of Espanyol. From there, he joined Barcelona’s Under-16 side and rose through the ranks until he reached the senior level in 2018. But with Jordi Alba firmly established as the first-choice left-back at the club, Cucurella was forced to search for regular game-time elsewhere, and earned his stripes representing Eibar and Getafe, before Brighton paid €18m to take him to England.

His pace and defensive resilience made a big difference for Graham Potter’s team last term, and Guardiola obviously sees his traits as something that would come in handy to strengthen a potentially weak link in his otherwise formidable squad.

Nonetheless, it seems City will have to improve their offer notably if they are to sign their primary left-back target this summer, even though they’ve reportedly agreed personal terms with the 23-year-old already.