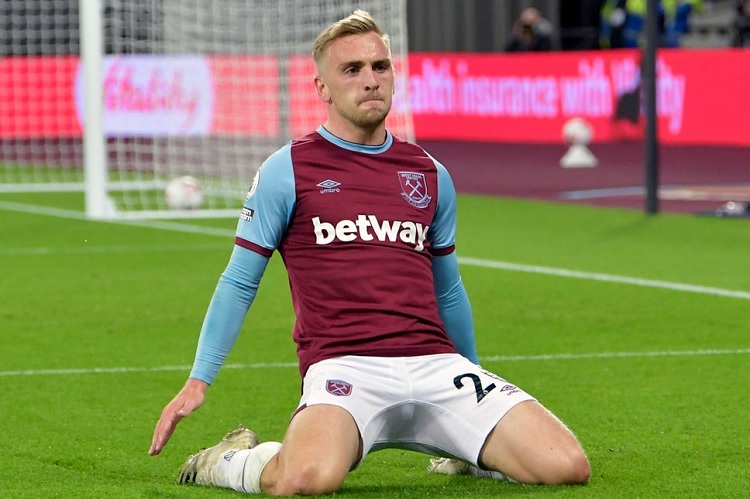 As reported by James Pearce for The Athletic, Liverpool are interested in signing Jarrod Bowen from West Ham United. The 24-year-old forward is one of names on their shortlist with a view of improving the depth of their attacking ranks.

Bowen, who scored five goals and assisted five more while featuring in every Premier League match for the Hammers last season, is exactly the type of player Liverpool have been mostly targeting under Jurgen Klopp. Yet to reach his prime, he has a lot of potential for further progress along with significant Premier League experience already. Further more, he is capable of playing in any role across the attacking line, which makes him a good candidate to act as a worthy backup option for the already established forwards at Liverpool.

However, Liverpool’s move for his services is far from a certainty at this point. The six-time European champions first need to see if they can shift either Divock Origi or Xherdan Shaqiri, the two players who have so far been tasked with stepping into the attacking line when needed. Shaqiri, valued at £13 million, is of interest to Lazio.

Bowen’s football journey started within the youth ranks at Hereford United, and from there he joined Hull City’s Under-18 side in 2014. Two years later, he earned first-team promotion and played a season alongside Liverpool’s Andy Robertson, before the current Scotland captain moved to Anfield in 2017. Bowen signed for West Ham in January 2020 for an initial fee of £18m, and has so far made a total of 53 appearances in all competitions for the club.