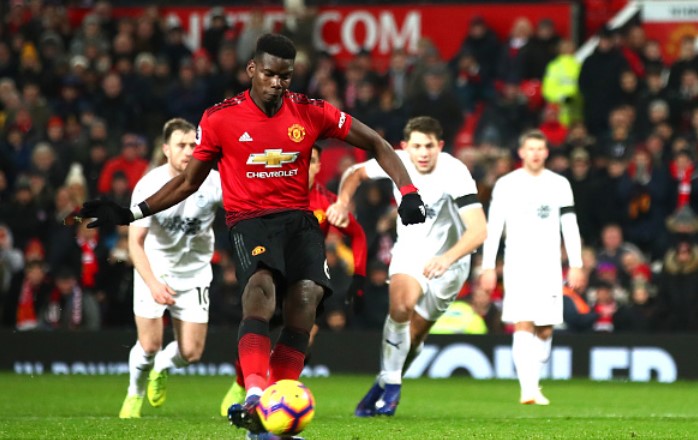 Paul Pogba is still keen on leaving Manchester United, but with the ongoing coronavirus pandemic causing numerous financial difficulties for clubs around the world, he believes that the best chance to get his wish would be not to sign a new contract and wait for the current one to expire at the end of the 2021/22 season. That would, of course, put him in the position do make his own choice of destination when the time comes.

That’s according to Laurie Whitwell of The Athletic, whose detailed article offers a brilliant insight in the way Pogba’s performances for France differ from those at club level.

The midfielder was originally contracted to the club until the end of this season, but United exercised their option to extend his deal for further 12 months as talks over a new one stalled. Apparently, Pogba flirted with the idea of renewing his pledge and staying at Old Trafford for the long-term during the unbeaten run Ole Gunnar Solskjaer’s team made last season, but he has now abandoned it completely.

France boss Didier Deschamps recently spoke about Pogba not being happy with the situation at Old Trafford. There has been much debate among pundits and their wide public over finding the best way to fit him into the team alongside Bruno Fernandes, with the Portuguese making major impact since his arrival from Sporting Lisbon last winter.

Be that as it may, time is ticking, the end of Pogba’s contract is slowly getting closer, and his market value is accordingly decreasing. United already lost Pogba for next to nothing once; it remains to be seen whether they lose him like that again, or choose to accept a reasonable offer for his services next summer.

The 27-year-old has mostly been linked with Real Madrid and Juventus, though Barcelona and Paris Saint-Germain are also said to be interested.