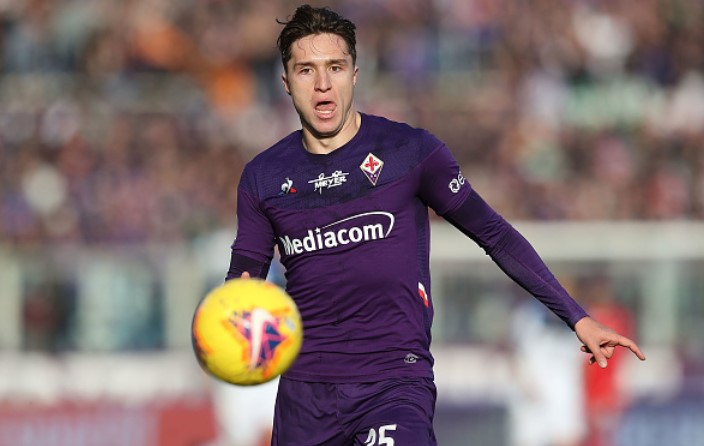 Inter Milan, it seems fair to say, will not win Serie A this season, as Juventus have a big lead with five matches to play and Antonio Conte’s side will have to find new ways to improve and catch up with the Turin club if they are to win scudetto next season. That is why Nerrazzuri have started looking for new deals to make and some, like that of Achraf Hakimi, has already been finished.

Yet one of them might not get finished, because Inter Milan are reportedly not going to go all the way for Federico Chiesa. Fiorentina winger has been mentioned as one of Conte’s wishes in the upcoming transfer window, but Inter are reportedly cooling down the interest in the youngster due to his release clause of 50 million euros.

The 20-year-old is one of more exciting Italian prospects, but Inter are not ready to go that far for a young star.