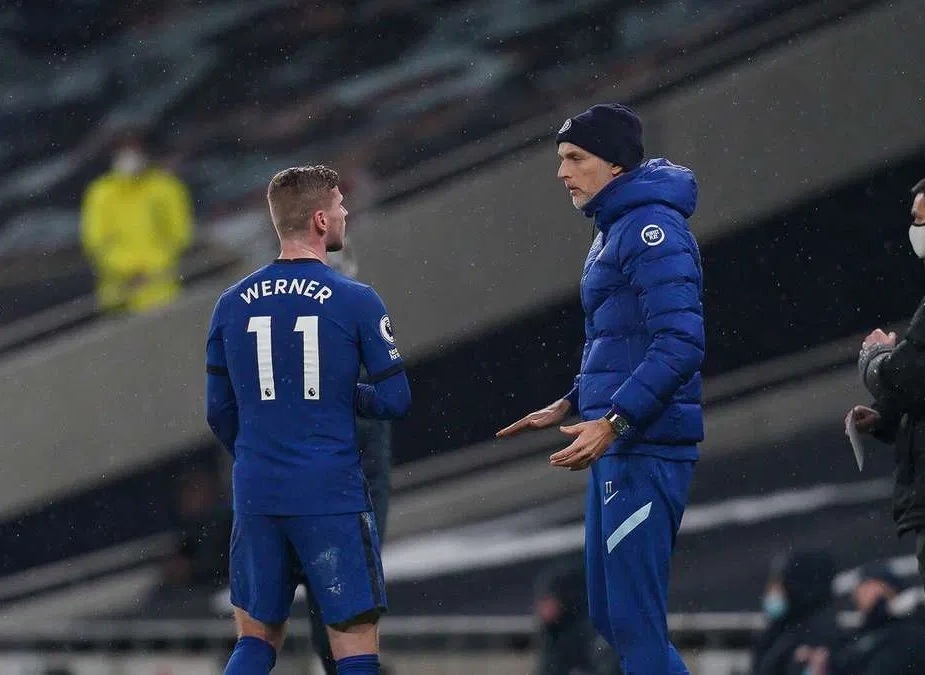 Chelsea manager Thomas Tuchel has dismissed the recent rumours suggesting Timo Werner could be on his way out of the club this summer.

Werner arrived to Stamford Bridge only last summer, as Chelsea made a decisive move for his services ahead of a hesitant Liverpool and completed the deal for a fee reported to have stood around £45-£50 million.

Given his status as one of the most exciting forwards in Europe at the time, the Germany international was widely expected to make an impact straight away, but that has hardly been the case. He has so far scored only five goals in 28 appearances in the Premier League.

His struggles obviously prompted speculative reports that he was frustrated with the lack of form and was ready to quit the club only a year after arriving, with a return to Germany mentioned as the likeliest scenario. Even without Werner in their ranks, Chelsea would still have a very formidable attacking line, apart from which, they are being heavily linked with a move for Borussia Dortmund star Erling Haaland.

However, Tuchel doesn’t seem willing to even entertain the idea of the 25-year-old leaving this summer.

“Stop reading! Read a book! There is no book on Timo, so read a book!”, he told the reporters when asked about the rumours in a recent press conference.

“For Timo, I think he has no reason now to be frustrated because he played an amazing match against Liverpool, maybe his best match since I arrived.

“Then he had a good match against Everton with a lot of chances to score, which he normally is clinical enough and strong enough.

“Nobody here is blaming the strikers. This is a team effort to attack and defend, but we expect our guys to create more chances, to be more decisive because we expect the defenders to play on the highest level and so we also expect that of our strikers.

“And then maybe all the stuff you read will disappear.”