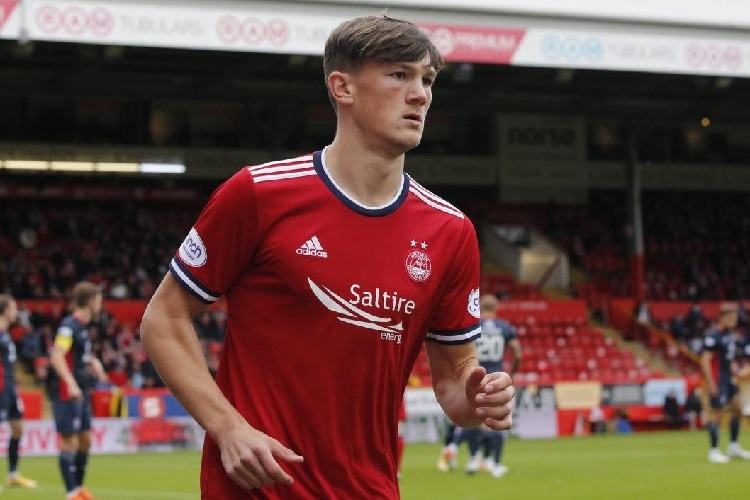 Liverpool have reached a total agreement with Aberdeen for the proposed transfer of right-back Calvin Ramsey, according to the ever-reliable Paul Joyce of The Times, and that should be the last signing the Reds make this summer.

The Premier League and Champions League runners-up have already completed two signings this summer, with the arrivals of attacking midfielder Fabio Carvalho from Fulham and striker Darwin Nunez from Benfica both done and confirmed. There is apparently an acceptance at Liverpool that some midfield reinforcements wouldn’t go amiss, but they’re perfectly happy with waiting for the end of the upcoming season to attend to that area.

One of the more notable obvious problems regarding the squad depth at Liverpool has been the lack of proper cover for Trent Alexander-Arnold on the right defensive flank. Ramsay, has played 39 senior matches in all competitions for Aberdeen, scoring one and creating nine goals. He packs a very good set-piece and has a lot of pace, and with that in mind, it’s not too difficult to see why Liverpool boss Jurgen Klopp believes this youngster is the right man for the job.

Ramsay represented Scotland at every youth level and with Andy Robertson there, he should be welcomed warmly into the dressing room; not that it was ever a problem at Liverpool for any player since Klopp took charge of the team in 2015.

Meanhile, Liverpool are still waiting to see if Bayern Munich will send a serious offer for Sadio Mane, after already rejecting the Bavarians’ proposals twice. Also, Olympique Lyon and AS Monaco are in discussions with the representatives of Takumi Minamino. Divock Origi has left the club as a free agent as his contract expires at the end of the month and is expected to join AC Milan.