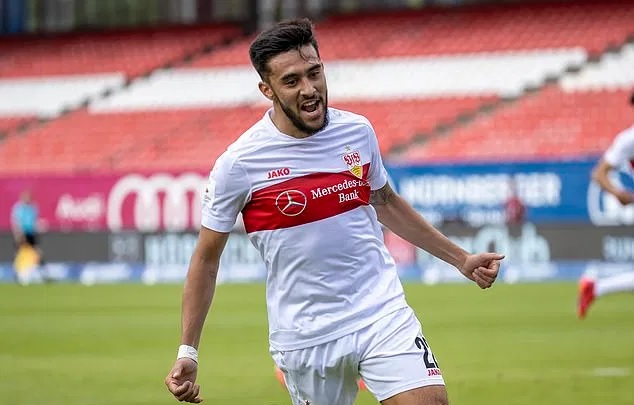 Brighton and Hove Albion have reached an agreement with VfB Stuttgart over a proposed transfer of Nicolas Gonzalez, according to The Guardian.

The Seagulls have been following the progress of the 23-year-old forward for a long time, having failed to sign him last year. The latest talks between the two clubs have been going on for several weeks. The agreement has been reached and Brighton will break their transfer record with this deal, paying an initial fee of £25 million to get it done.

Gonzalez joined Stuttgart from Argentinos Juniors in 2018 for a reported fee of €8.5m. since then, he’s made a total of 79 appearances for the German club in all competitions, scoring 23 goals and making 10 assists. The 2020-21 season has been difficult for him, with different knee and muscle issues keeping him out of action for long periods. He therefore started only 10 Bundesliga matches as Stuttgart finished ninth.

Brighton apparently weren’t the only club interested. A bid of similar value is understood to have arrived from Fiorentina, but Gonzalez is keen to make the Premier League his destination upon leaving Germany. Leeds United and Tottenham Hotspur were also credited with interest in his services, but neither made a concrete move to secure them.

Gonzalez is currently away on international duty with Argentina. He started for La Albiceleste in their opening match of this year’s edition of Copa America against Chile, playing upfront alongside Inter Milan’s Lautaro Martinez and Barcelona superstar Lionel Messi, making way for Lazio’s Joaquin Correa for the final 10 minutes.