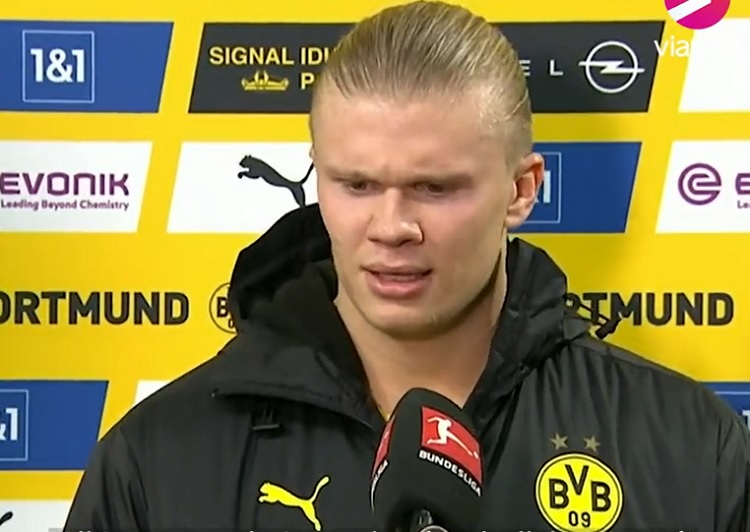 There’s been a huge amount of speculation about the future of Erling Haaland over the last eight or nine months.

The Norwegian striker took his first football steps with Bryne FK in his homeland, where he rose through the youth ranks and earned first-team promotion before joining Molde in 2017. Two years later, he went on to RB Salzburg and joined Borussia Dortmund in January 2020.

Since then, his numbers for the Bundesliga side have been nothing short of sensational. In all competitions, he has so far had 99 goal involvements (78 goals, 21 assists) in just 77 matches. This season, he stands at 21 goals and six assists in 18 matches. Given that he’s still only 21, the football world is clearly yet to feel his impact over a number of years to come.

Naturally, such talent cannot go unnoticed by the European greats, and the likes of Real Madrid, Barcelona, Manchester City and Manchester United have all been credited with strong interest, while Paris Saint-Germain are said to be keeping an eye on the situation but willing to pounce only if they lose the services of Kylian Mbappe.

Haaland is believed to have a €75 million release clause in his contract with Dortmund, obviously a very modest sum for such a player in the current market, and there isn’t a club in the world which wouldn’t pay it to acquire his signature.

Dortmund would obviously like to keep him, and they’ve reportedly offered him a new deal, one that would presumably erase the said release clause or at least set it much higher. Haaland hasn’t made a decision yet, but the Bundesliga club are understandably in a hurry for an answer.

However, Haaland himself feels the club’s insistence on his decision is putting a lot of pressure on his back in a time when he needs to be focused on his game.