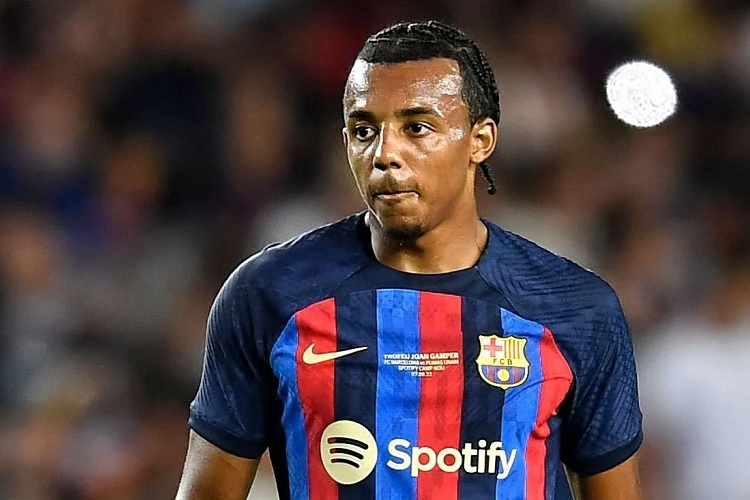 Despite worries that they wouldn’t be able to do so, Barcelona have managed to register all their summer signings except Jules Kounde.

Barcelona face Rayo Vallecano in their La Liga opener this evening (Saturday) and it was important to get the financial issues out of the way so that the newcomers could play in the matches of the Spanish top flight this season. Striker Robert Lewandowski who joined from Bayern Munich, winger Raphinha who came from Leeds United, midfielder Franck Kessie and defender Andreas Christensen who came on free transfers from AC Milan and Chelsea, respectively, have all been put on the list. Ousmane Dembele and Sergi Roberto, who signed new deals after their previous ones had expired, have also been registered.

To make all that happen, the Catalan club reportedly sold 24.5% of Barca Studios to Orpehus Media for close to €100 million.

The back line will, however, be short of Kounde, who opted for Barcelona while Chelsea expressed strong interest to take him to Stamford Bridge instead. The 23-year-old centre-back may have come to regret his decision already.

For the time being, the former Sevilla defender will have to wait for his Barcelona debut, and it remains to be seen how the situation affects the club’s pursuit of the remaining transfer targets for this window. They still reportedly plan to make their moves for Manchester City midfielder Bernardo Silva and Chelsea left-back Marcos Alonso.

City boss Pep Guardiola was recently asked about the prospect of Silva leaving the Premier League champions for Barcelona.

Pep Guardiola on Bernardo Silva: “I want Bernardo at Man City, 100%. He’s special. I don’t know what will happen, but he knows how much we like him and want him, how much we love him”. 🔵⭐️ #MCFC

“But I don’t know what is going to happen…”, Pep added. pic.twitter.com/MhjOQcnp5i