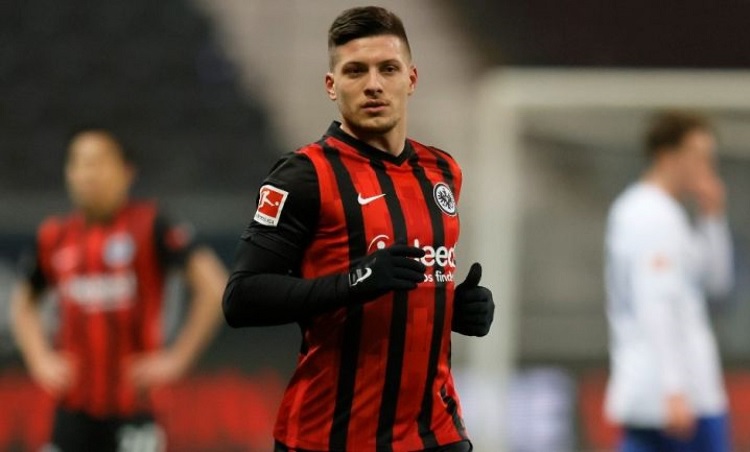 Luka Jovic played a fantastic 2018-19 season for Eintracht Frankfurt, scoring 27 goals in 48 games in all competitions for Eintracht Frankfurt. These numbers and overall great performances earned him a €60 million transfer to Real Madrid the following summer, but things obviously didn’t go as planned from that point on.

Brought in to act initially as an understudy and in time potentially as a long-term successor to Karim Benzema, Jovic thoroughly failed to fulfill such expectations in the Spanish capital and has been sent back to Frankfurt on loan for the rest of the season.

As soon as he went back to the club where he’s played the best football in his career so far, the 23-year-old Serbia international exploded into life once more, scoring three goals in five Bundesliga appearances since the move took place last month.

Eintracht are now apparently exploring ways to make the loan deal permanent. Naturally, the financial implications of the ongoing pandemic didn’t pass them by, and the funds are extremely limited, but as relayed by AS, the interest of Atletico Madrid in Andre Silva could help the German club in that aspect.

Atletico’s activities when it comes to strikers have been rather interesting in the last several months. Last summer, they signed Luis Suarez from Barcelona. A few months later, they agreed to rescind the contract of Diego Costa and allowed him to leave for free, before signing Moussa Dembele from Olympique Lyon, who is yet to make a La Liga appearance having tested positive for Covid-19 recently.

But the point is, if Atletico make their move for Silva and the deal is completed, Eintracht would direct that money towards persuading Real to relinquish Jovic permanently.