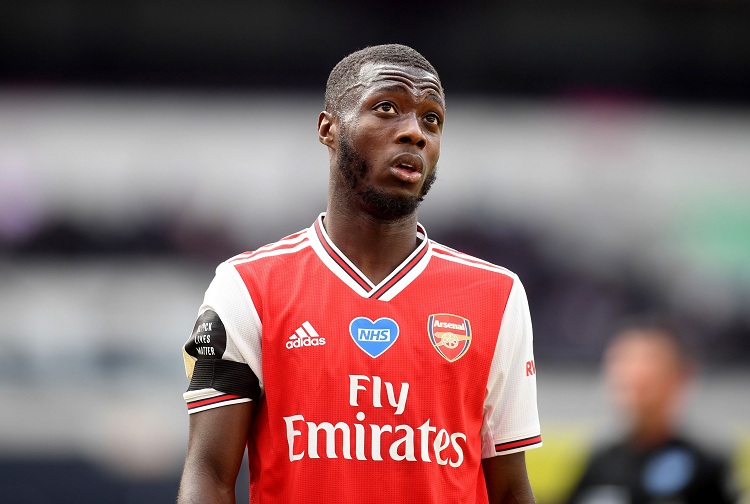 Nicolas Pepe arrived to Arsenal from Lille OSC in 2019 as a big signing, a club record with the fee set at £72 million. As such, he was expected to make significant impact after a short, reasonable period of adaptation, but over a year later, he still isn’t a regular member of the starting XI at the club.

Last season, the winger was named in the matchday squad 37 times in the Premier League, missing out once due to muscle fatigue. Of those 37 games, he started 22 and came off the bench six more times, scoring five goals and assisting his teammates six times. This term, he has started only one of the eight matches played so far – the 1-0 defeat to Manchester City at the Etihad, and made six more appearances as a substitute. He only starts regularly in the Europa League and the Carabao Cup.

Speaking to French television Canal Plus, Pepe revealed that he feels he constantly gives 100% in training as he is expected to and repeatedly reminded by manager Mikel Arteta. But for all the effort he puts in, he usually learns soon after that he wouldn’t be starting the following match.

“My goal is to play more. To have a little more playing time,” he said.

“A player who plays is happy. For me, I would like to play a little more to find a smile again.

However, the 25-year-old also revealed that Arteta speaks to him about it, as do the boss’s assistants. Asked about the role of a ‘super-sub’, he said it was up to the coach to make his choices, but it was up to him to make the coach realize that his rightful role is more than that.