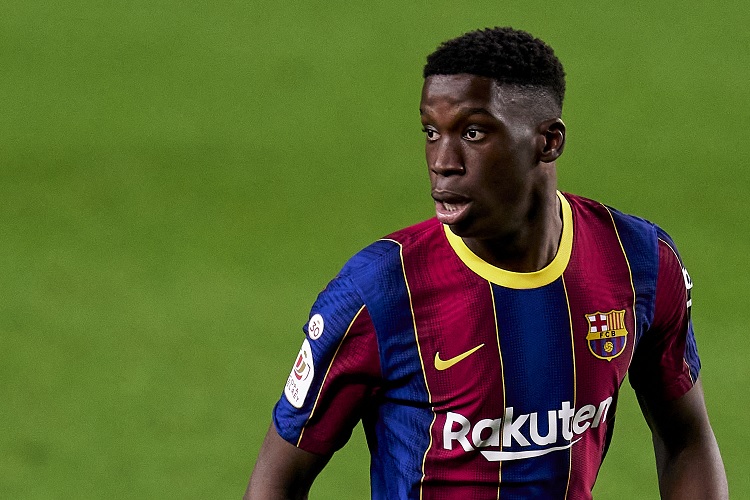 As reported by Marca, Ilaix Moriba could leave Barcelona either this summer or the following one, after going through a disagreement with the club over his new contract.

The 18-year-old midfielder is one of the standout prospects of Barcelona’s famous La Masia academy. He has 18 first-team appearances under his belt already, 14 of which came in La Liga. He has also played in the Copa del Rey and the Champions League.

Barcelona held a strong interest in signing Georginio Wijnaldum after his contract with Liverpool expired this summer, only to see the experienced Dutchman poached from under their nose by Paris Saint-Germain. Ilaix was expected to get more game-time in 2021-22 as a result, and a new contract to reflect his growing role in the squad.

However, due to the well-publicized financial problems, Barcelona are unable to meet his expectations concerning the new contract. In order to be able to register the four players they’ve added to their ranks and keep Lionel Messi as well, they must cut their wage bill down significantly, and Ilaix is one of the players feeling the consequences. The contract they eventually offered was the same as those of other academy players, who have no first-team experience at all.

The youngster refused to sign it, and Barcelona chose to put pressure on him by demoting him to their ‘B’ side until he does. But with his current deal expiring next summer, Ilaix is expected to remain firm in his stance and ask to leave the Camp Nou, either this summer, which would see the club get a fee for his services, or in 2022 as a free agent.

Given his talent, Ilaix shouldn’t be short on offers if his exit from Barcelona grows even more likely. Manchester United, Arsenal, Tottenham Hotspur and Chelsea have all been monitoring his situation for a while.