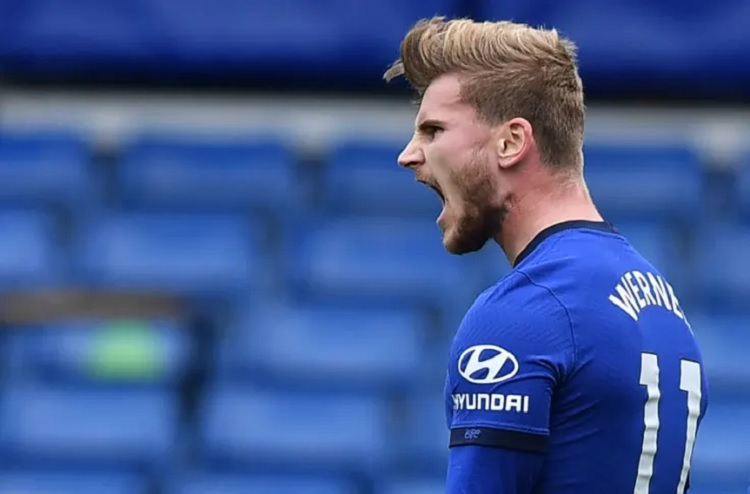 Timo Werner is reportedly considering leaving Chelsea after less than a year since joining their ranks last summer.

Having gone through the academy at VfB Stuttgart, the 25-year-old striker spent four years with RB Leipzig, scoring 95 goals and assisting another 40 in 159 appearances in all competitions for the Bundersliga side. His qualities attracted attention from a number of top clubs around Europe, including the likes of Bayern Munich, Real Madrid and Liverpool, but in the end only Chelsea acted decisively enough to actually get the transfer done.

However, Werner has so far done little to justify the reported fee of around £45 million the Blues spent on his signature. In 25 Premier League games this term (23 starts), he scored only five times.

But apparently, the issues he is facing at Chelsea extend beyond those emerging on the football pitch. A report by Football Insider claims they’ve been informed by inside sources that few at the club expect Werner to see out his five-year contract, ‘or anywhere near’ that period. It seems he could be on his way out this summer already, potentially back to Germany.

On a (perhaps important) side note, Chelsea are currently being heavily linked with Borussia Dortmund’s Erling Haaland. Reports in Germany recently claimed the 20-year-old Norwegian is only interested in joining one of six clubs he considers big enough. Chelsea were not on that list, but the Blues are unfazed by the ‘snub’, according to Press Association, and they’re prepared to break the bank to try and lure Haaland to Stamford Bridge.

Aside from Werner, Chelsea strengthened their attacking line significantly last summer. They also signed Hakim Ziyech and Kai Havertz for big money. They already had the likes of Christian Pulisic, Tammy Abraham, Olivier Giroud and Callum Hudson-Odoi on their books, so the question of need to spend big on Haaland right now is rather a glaring one.

Unless they intend to offer Werner as part of the deal, of course.