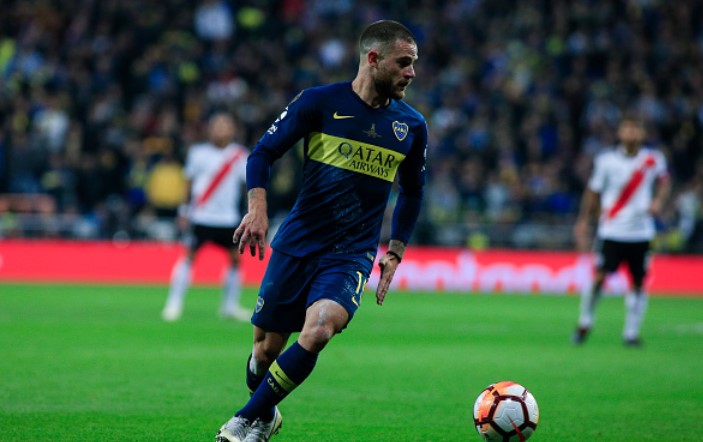 Cagliari are doing some incredible transfer business this summer! The Serie A side has confirmed the signing of Nahitan Nandez from Boca Juniors for a transfer fee of €18m plus add-ons and a 10 per cent cut of any future transfer fee.

After months of tense negotiations, the Uruguay international has finally joined the club he was negotiating with for the past six months. He signed a five-year deal that will run until June 2024. The talks have dragged on since January and at one point they were on the edge of crumbling. Nahitan Nandez was linked with several European clubs, following his strong showing at the 2018 FIFA World Cup in Russia.

Nandez played very well for Uruguay and at 23, he is ready for a step up in his career. The midfielder is the third big signing for Cagliari this summer in that area of the pitch, after Marko Rog joined from Napoli and Radja Nainggolan arrived on loan from Inter Milan.