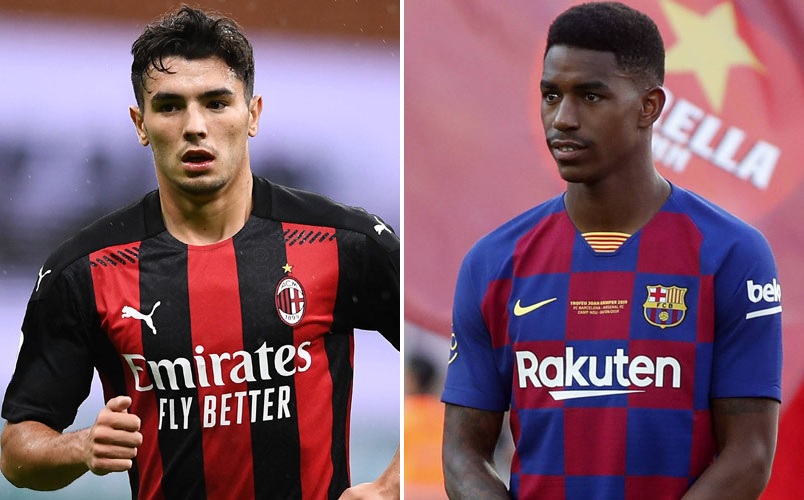 AC Milan have opened talks with Barcelona over a potential deal for Junior Firpo, according to Fabrizio Romano, while the negotiations with Real Madrid over another loan for Brahim Diaz, with an option to buy, are in an advanced stage and expected to be completed in the next couple of days.

Firpo, who came through the youth ranks and earned first team promotion in 2018 with Real Betis, joined Barcelona a year later for a reported fee of €18 million. However, the 24-year-old hasn’t able to secure the role of a regular starter on the left defensive flank with Jordi Alba as competition, and he has only made 41 appearances in all competitions over two years so far, scoring twice and making three assists.

Meanwhile, Diaz left Spain in 2014 and progressed through the academy at Manchester City, where he made the first team in 2018. He returned to his country to sign for Real Madrid a year later for €17m, but like Firpo, he wasn’t able to beat the fierce competition for a regular place in the team.

Being an extremely versatile attacking player, he was arguably a good backup option, but at Real they’ve always preferred specialist players for each role as starters. In September 2020, he joined Milan on a season-long loan and obviously impressed enough for the Rossoneri to enter talks about a permanent deal this summer. The 21-year-old made a total of 39 appearances in all competitions for Milan in 2020-21, scoring seven and assisting four goals.

Firpo’s contract with Barcelona expires in 2024, while Diaz is bound to Real a year longer.