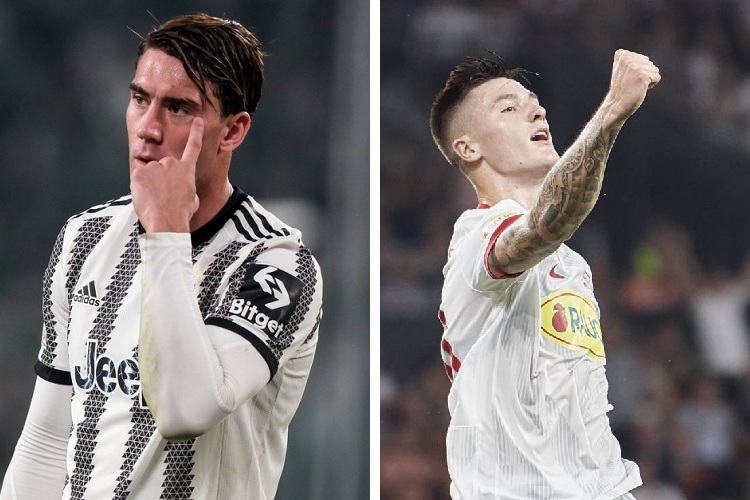 Manchester United are apparently preparing to sign a striker to replace Cristiano Ronaldo next summer, and according to Sky Sports, their short-list at the moment includes Benjamin Sesko, who currently plays for RB Salzburg but has already signed a five-year contract to join Leipzig at the end of the season, and Juventus star Dusan Vlahovic.

Ronaldo is obviously going through what can only be described as the most difficult time of his illustrious career, and having sought to leave United this summer, he will surely do it at the end of the season when his contract expires.

Sesko has been one of the revelations of the season in European football. Coming from the same academy which made the likes of Erling Haaland and Karim Adeyemi, the 19-year-old Slovenian is being watched closely by top clubs across Europe.

However, it remains to be seen how exactly United intend to get this particular player, given that he’s yet to join the ranks of his new club. Contracted to Leipzig until the summer of 2028, Sesko is sure to cost a vast amount of money for any club that tries to take him away from the Red Bull Arena before he’s even kicked a ball in the German Bundesliga.

As for Vlahovic, the Serbia international certainly won’t come cheap either. With eight goals in 15 matches in all competitions this term, he can be said to be doing his job amid the struggles Juventus are currently going through. Come next summer, he will have been in Turin only 18 months, and the Italian giants won’t be too pleased with any club trying to prize him away.