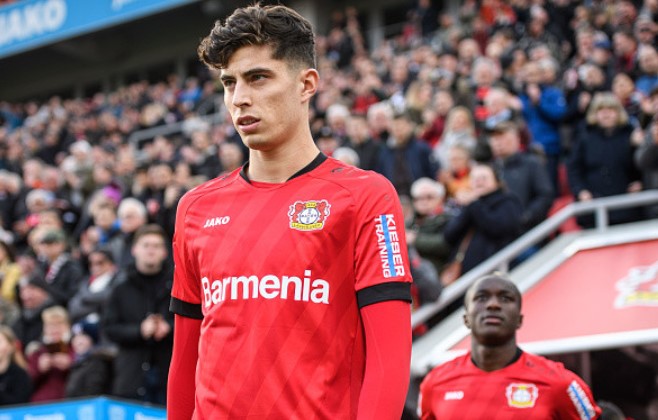 Bayern Munich have ruled out any attempt at signing Kai Havertz from Bayer Leverkusen this summer, unless they are able to raise some funds through player sales first.

Uli Hoeness spoke to German outlet FAZ and revealed that having signed Leroy Sane from Manchester City for a fee in the region of €50 million in the middle of a heavy financial crisis caused by the ongoing Covid-19 pandemic, the Bundesliga champions are simply not in a position where they can spend another €70m or €80m on another player.

Bayern were for a while believed to be Havertz’s likeliest destination when he leaves the BayArena, with their reputation for drawing talent from across Germany to Munich well documented. However, they’ve never made an actual move to sign the 21-year-old attacking midfielder, and names of other reported suitors started appearing in media reports. Liverpool and Manchester United were both being mentioned with some frequency, but at the moment, Chelsea seem closest to getting the deal done, being the only club willing to match Leverkusen’s asking price.

An agreement still hasn’t been reached though, with the Londoners apparently looking to pay a lower initial fee and include significant add-ons on top of that, while Leverkusen understandably desire to get as much money as possible straight up.

Be that as it may, Chelsea’s hopes of getting the deal over the line soon will have been boosted by the fact that they have nothing to fear from Bayern at the moment.

As for the Bavarians and the possibility of raising the funds required, they’ve confirmed that Thiago Alcantara wants to leave the Allianz Arena and they’re reportedly looking to get around €30m for the experienced midfielder. That is highly unlikely to be enough to make them move for Havertz, but Chelsea will still do well to complete the business as soon as possible.