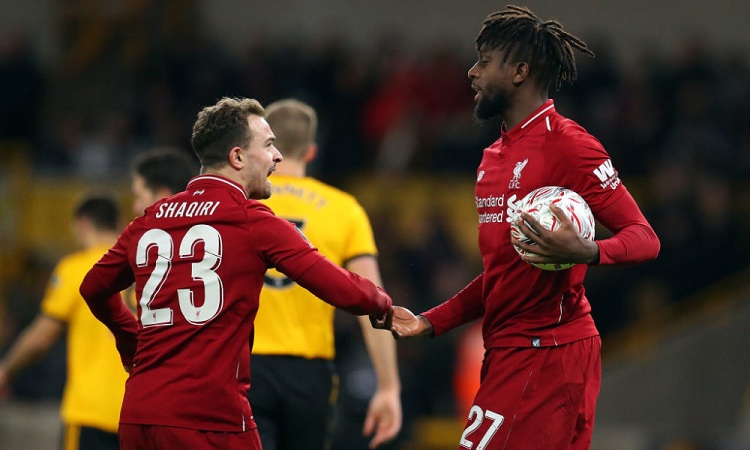 According to ESPN, Liverpool are open to offers for the services of Xherdan Shaqiri and Divock Origi in the upcoming winter transfer window.

Neither of the two attacking players has ever been a regular starter under Jurgen Klopp, but both have given strong contribution to Liverpool’s recent successes – most notably in the 2018/19 Champions League semifinal second leg against Barcelona which they won by 4-0, when Origi scored twice while Shaqiri assisted Georginio Wijnaldum for the third goal. Origi went on to score the second goal in the final against Tottenham Hotspur which wrapped the Champions League trophy up for the Reds for the sixth time.

Nonetheless, both players have found game-time hard to come by this season, Shaqiri due to injuries and Covid-19, and Origi due to poor performances whenever given a chance. The Belgian striker is now behind four attacking players in the pecking order – Mohamed Salah, Sadio Mane, Roberto Firmino and Diogo Jota. The arrival of the former Wolverhampton Wanderers man and his sublime form have apparently signaled the end of the road for Origi.

There was some reported interest in Shaqiri over the summer, but none of the potential suitors were willing to meet Liverpool’s demands and Klopp was delighted to have the Swiss international stay put. Now, however, it seems things have changed, likely due to the role of Takumi Minamino growing more prominent this term.

Shaqiri, contracted to the club until 2023, is reportedly being targeted by Turkish side Galatasaray, while Origi, whose deal doesn’t end before the summer of 2024, has been linked with Leeds United and could stay in the Premier League.