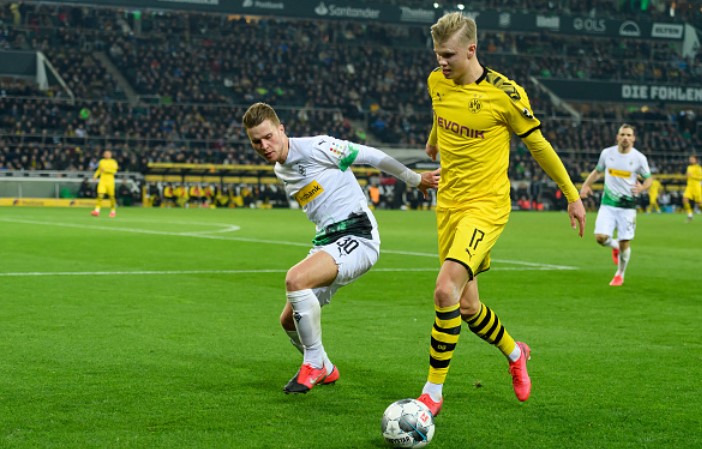 Having come through the youth ranks at Norwegian club Bryne FK, Erling Haaland spent two years with Molde before signing for RB Salzburg in January 2019. That’s where he truly caught the eye of the public, scoring 29 goals in just 27 games for the Austrian side, which resulted in a move to Borussia Dortmund early this year after long links with Manchester United.

The 20-year-old continues to wreak havoc for opposition defences in the Bundesliga. This season he has scored five in five in the German top flight so far, adding two assists into the mix. Standing 6’4” tall and boasting considerable pace, technical and finishing ability, he really seems a star of the future.

And RB Salzburg sporting director Christoph Freund believes the Norway international will end up at Liverpool at some point in his career.

Freund appeared as a guest on Sky Sports alongside former Germany captain Lothar Matthaeus, and when Matthaeus mentioned the reigning Premier League champions as Haaland’s potential destination, he agreed.

“That’s where he will land,” said Freund. “He can play for any club in the world. With his mentality, his will, with his self-confidence he can make a mark on European football in the next ten years.”

There can be very little doubt that a player like Haaland would make a difference in any team in the world, even Liverpool, but given the Merseysiders’ approach to transfers and Dortmund’s reasoning when setting the price of one of their stars, it’s not very likely that this move will happen.

Liverpool will indeed need to add to their attacking section in the near future, but their recent acquisition of Diogo Jota from Wolverhampton Wanderers,rather than paying big money for stars, is probably a good indicator of their way of thinking when it comes to these matters.