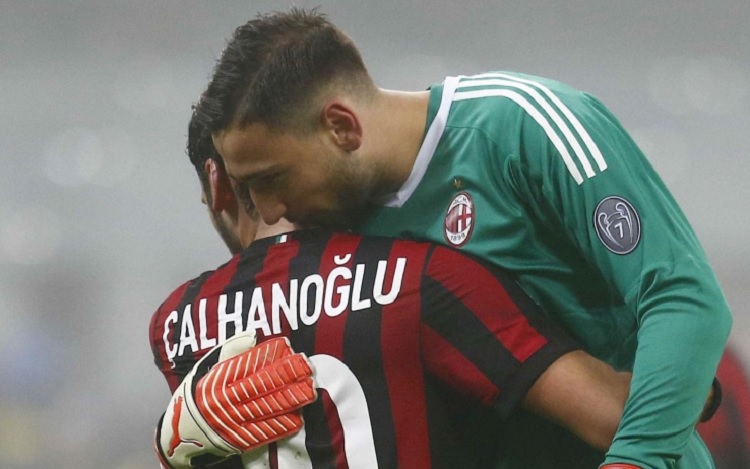 The current contract holding Hakan Calhanoglu bound to AC Milan is set to expire at the end of the season, but though there have been reports of interest from several clubs, including Manchester United, to sign him as a free agent, Milan and the player’s representatives are in talks over a new deal. The talks are progressing, according to Italian journalist Fabrizio Romano, with all parties keen to see the attacking midfielder stay at the San Siro.

Calhanoglu’s career began in Germany with Karlsruhe, and its path went through Hamburger SV as well before he moved to Bayer Leverkusen in 2014. He joined Milan three years later, and has so far worn the famous red-and-black shirt 159 times in all competitions, scoring 29 goals and assisting further 47.

This term, he started 18 Serie A matches and made three appearances off the bench, playing obviously an important role in Stefano Pioli’s team’s rise to the top of the table. The only league games he has missed so far were the three he was forced not to be a part of due to testing positive to the infamous coronavirus in January.

But while Calhanoglu seems poised to remain at the club, goalkeeper Gianluigi Donnarumma could well be on his way out. The 22-year-old will also be out of contract in the summer, and unlike with the Turkish attacking midfielder, there has been no progress on a new deal in his case.

Apparently, Donnarumma wants wages of €10 million per season, which is something Milan aren’t prepared to agree to. And according to Eurosport, Chelsea are monitoring the situation closely with a swoop for his services in mind.