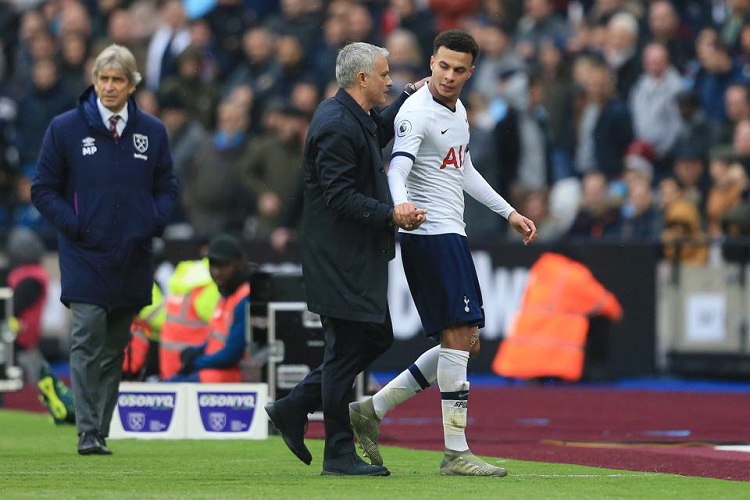 Dele Alli was on the verge of leaving Tottenham Hotspur this summer, despite there being still having three and a half years left on his contract. The fallout between the midfielder and head coach Jose Mourinho was first reported, and then became obvious through several angry outbursts from Alli pitchside, showing clear displeasure at being replaced during matches.

The 24-year-old’s status at the club suffered greatly when Spurs sacked Mauricio Pochettino in November 2018 and soon appointed Mourinho in his place, and it seems he wasn’t able to accept the predicament for quite a while. Consequently, his form dropped and he was playing less and less as time went by.

Meanwhile, Mauricio became head coach at Paris Saint-Germain in early January this year. He was reportedly very keen on an immediate reunion with Alli, a player who simply thrived under his tutorship in north London. A loan deal was apparently very close, but it fell through at the eleventh hour with Spurs unable to acquire a suitable replacement. Alli remains where he’s been since 2015, and it’s now up to him and Mourinho to try and find some common ground.

And according to the Portuguese tactician, that is exactly what they’ve done.

“He needs to recover from his injury, he needs to be back in training, and he needs to have a fresh start, because in the last few weeks he couldn’t even train, so that’s the most important thing,” Mourinho said while speaking to the press ahead of his team’s encounter with his former club Chelsea on Thursday.

“I had a good conversation with him yesterday [Tuesday], we spoke around this question that you ask me, and I think we found a very common ground, let’s say.