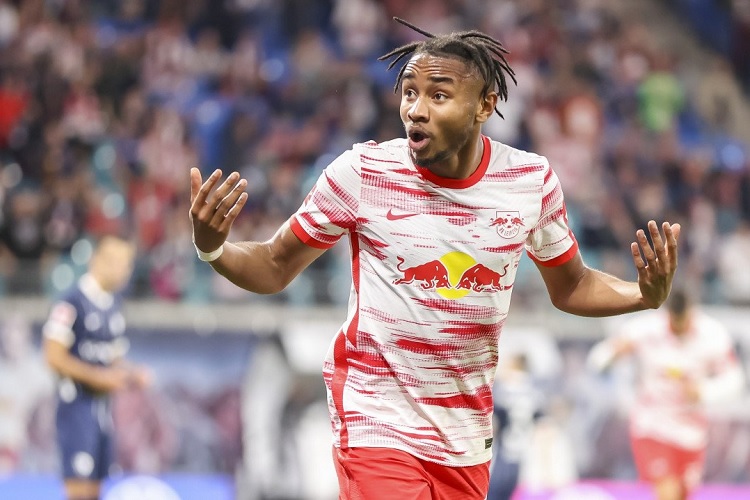 RB Leipzig forward Christopher Nkunku has been attracting plenty of attention with excellent performances for a while now. A number of top clubs across Europe are believed to be monitoring the developments as well as his form, with a view of a potential swoop for his services in the near future.

As always, Real Madrid and Barcelona are in the stories coming from Spain, Juventus and AC Milan have been mentioned in Italy, Bayern Munich might seek to keep him in Germany, and over in England, it was mostly about Manchester City and Liverpool before reports of strong interest from Chelsea started appearing.

Sources in Germany have said that Nkunku had had a “secret medical” with Chelsea back in August, and that a deal between Leipzig and the London Blues that would see him move to Stamford Bridge next summer could yet be struck. Transfer expert Fabrizio Romano claims he’s been able to confirm those claims.

Christopher Nkunku had a medical with Chelsea, confirmed as called by @BILD. 🚨🔵 #CFC

Chelsea sent long term contract bid to Nkunku to prepare the deal for 2023.

It’s not done yet, as Chelsea & RB Leipzig will speak about fee: €60m release clause, or different deal structure. pic.twitter.com/645YGNjsCc

Meanwhile, other journalist are saying otherwise. Florian Plettenberg, for example, believes that the medical in question had nothing to do with Chelsea, but was undertaken strictly for reasons relating to the 24-year-old’s insurance policies. The Sky in Germany reporter, however, also says that Chelsea’s interest for next summer is genuine.

News #Nkunku: We have been told that it was not a medical in order to finalize a deal with #CFC. It should have taken place due to insurance reasons. Yes, Chelsea wants him in 2023 but no decision yet, no signing of a pre-contract so far. But release clause! @SkySportDE 🇫🇷

Since joining Leipzig from Paris Saint-Germain three years ago, Nkunku has so far had 101 goal involvements (53 goals, 48 assists) in 147 appearances in all competitions.